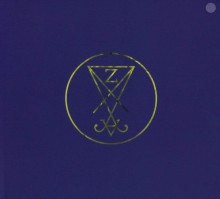 Swiss-American provacateur Manuel Gagneux, the artist behind the avant garde rock group Zeal & Ardor, unleashed his debut album Devil Is Fine to much acclaim in 2017. Grounded in Norwegian black metal and its inherent paganism, the album imagined an antebellum South where slaves “had chosen defiance and rebellion and the power of Satan” instead of Christianity. With his new album, Stranger Fruit, Gagneux not only hints at Billie Holliday’s haunting classic, but implies he might take us one step beyond the already grotesque imagery of “Black bodies swinging in the southern breeze.” The answer comes sooner rather than later.

After a brief intro sets the stage with the sound of a pickaxe striking the ground, the opening song “Gravedigger’s Chant” seems to pick up where “Strange Fruit” left off, as Gagneux sings “bring the dead body down to the graveyard…Lord have mercy.” In a press release, Gagneux describes the official video as subverting roles: “People find themselves in situations untypical for their ilk, tools become weapons, weapons turn into tools, and fingers meant for sensing make themselves felt.”

Unlike the previous Zeal & Ardor album—an interwoven fabric of metal tempered with elements of blues, spirituals, Lomax-esque work-song melodies, soul and gospel—Stranger Fruit hews more closely to black metal roots. “Servants” promotes an uprising of the oppressed, while “Don’t’ You Dare” takes things one step further, hinting at human sacrifices with the chorus, “never come ‘round these parts…don’t you dare look away, boy.” The brief “Fire of Motion” features a wall of thrashing guitars, then segues into the gorgeous vocal harmonies of “The Hermit” with a nod to Gregorian chant.

If you were a fan of Devil Is Fine, then you will appreciate the hand-clapping rhythms behind “Row Row,” the soulful elements of “You Ain’t Coming Back,” and the bluesy “We Can’t Be Found.”  The title track, “Stranger Fruit,” is built over an ominous piano ostinato that gradually builds to the timely finale, “there’s a storm out there / there’s no shelter for us.” The album closes with “Built on Ashes,” another track interjecting soulful vocals that makes for a satisfying finish, despite the gloomy chorus, “”Like a strange fruit out of season / You are bound to die alone.”

Though a couple of electronic tracks seem somewhat out of kilter, Zeal & Ardor’s Stranger Fruit is a solid sophomore effort. The album was produced by Gagneux alongside Austrian producer Zebo Adam and mixed by Converge guitarist Kurt Ballou. Gagneux has assembled a band for live shows and will be touring the U.S. later this year.