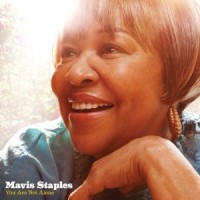 Title: You Are Not Alone

Let’s cut right to the chase:  this is a great album, one of the best albums of this young century.  Mavis Staples and Wilco’s Jeff Tweedy pulled deep from the gospel and rock wells and came up with a wave of fresh music that is an uncluttered, perfectly executed masterpiece.  So buy this disc, or read on if you need more convincing.

Most people who follow this website probably have some familiarity with Mavis Staples, most likely through her work in the 1960s with the Staples Singers, led by her father Roebuck “Pops” Staples.  Mavis’s deep baritone is frequently featured on the Staples’ many albums, and in fact was often heard at Barack Obama campaign rallies in 2008 when the Staples’ hit “I’ll Take You There” blared over the loudspeakers.  She had made solo albums, some better than others, since the 1970s.  In recent years, she revived her solo career, indeed she self-financed the production of her 2004 Alligator album Have a Little Faith.

According to a lengthy NY Times article published in September, Wilco’s Tweedy had admired the Staples’ body of work since his days selling used records in southern Illinois, and Mavis Staples had admired Wilco from a distance since the mid-2000s.  The two were Chicago residents, but in different musical orbits.  They decided to join forces in 2009, and recorded this album in Wilco’s loft space last winter.

A key early decision sealed the deal for a great album: rather than use Wilco or other indy-rock musicians, Mavis Staples’ touring band provides the musical foundation.  The integration between Staples, guitarist/vocalist Rick Holmstrom, bassist/vocalist Jeff Turmes, drummer Stephen Hodges and background vocalist Donny Gerrard cannot be overstated.  Like all great gospel, soul and blues outfits, this band operates as one solid music-making organism.  Mavis’s voice is the featured instrument on this album, but the band and especially the backing vocals strengthen and expand it. Her band puts her in a comfort zone where she can bring deep soul and spirituality without drama or inappropriate flare. In short, they suit her and she suits them. There are also tasteful guest appearances by Tweedy, Wilco’s keyboardist Patrick Sansone and keyboardist/vibes player Mark Greenberg and some background vocals by Kelly Hogan (often heard collaborating with Neko Case), Nora O’Connor and Richard Parenti.

And what music there is on this album!  There are three Pops Staples gospel numbers, “You Don’t Knock,” “Downward Road” and the smoldering closer “I’m On My Way To Heaven Anyway;” Rev. Gary Davis’s “I Belong to the Band;” the traditional hymns “Creep Along, Moses,” “Wonderful Savior” and “In Christ There Is No East and West” (arranged by Tweedy); and Alex Bradford Jr.’s “Too Close to Heaven.” Then there are the cover tunes: “Losing You” by Randy Newman, “Last Train” by Allen Toussaint, “We’re Gonna Make It” by Little Milton, and a simmering version of John Fogerty’s “Wrote a Song for Everyone” that emphasizes the songs feelings of unsettled searching.  And there are two Jeff Tweedy originals, the title cut plus “Only the Lord Knows,” both of which fit the album and the Mavis Staples style perfectly. Following is a clip of Staples and  Tweedy performing “You’re Not Alone”: 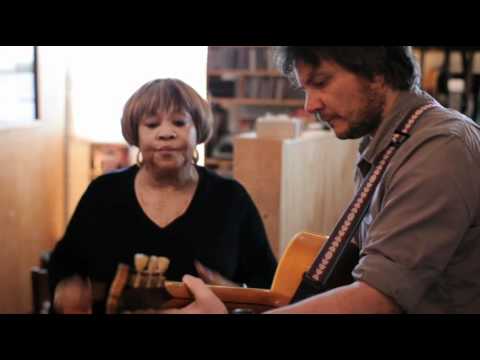 Listening to this album is an uplifting experience, and not just because of the wonderful spiritual music throughout.  It is refreshing and life-affirming to hear great musicians deliver the goods like this, and even more so because this is a cross-generational, cross-genre, cross-town effort, different people from different backgrounds getting together and making a great gumbo.  Nothing sounds forced or phony, it’s like this album was just patiently waiting to be made.  May it enjoy much success.