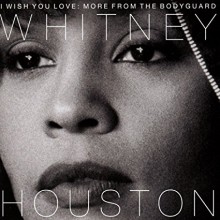 Title: I Wish You Love: More From The Bodyguard

In honor of the 25th anniversary of The Bodyguard, the film starring Whitney Houston and Kevin Costner, Legacy Recordings has released I Wish You Love: More From The Bodyguard. The compilation, released in cooperation with The Estate of Whitney E. Houston, brings together a variety of live and studio recordings, many of which are previously unreleased or unavailable.

Included in this collection are live recordings from Houston’s The Bodyguard World Tour (1993-1995), as well as alternate versions of tracks from The Bodyguard film. Highlights include the never-before-heard a capella version of “Jesus Loves Me” and a live recording of the rarely-performed “Run To You” from The Bodyguard World Tour. The iconic Houston hit song “I Will Always Love You,” one of the best-selling singles of all time, is represented in two versions: one from the original film soundtrack, and an extended rendition performed live on tour.

I Wish You Love: More From The Bodyguard not only celebrates the 25th anniversary of the film, but is also a fitting commemoration of Houston, who recorded the soundtrack at the pinnacle of her career. There’s a good reason The Bodyguard is the top-selling soundtrack album of all-time, and it’s apparent every time Ms. Houston stands in front of the mic. That voice! Though sadly she is no longer with us, this compilation album is a testament to the success of The Bodyguard and Whitney Houston’s lasting legacy, both on screen and on stage.