Label: Cinewax / Light In the Attic

In 2004, Light In the Attic Records released a compilation of 1960’s and 1970’s soul and funk tunes made by Seattle-area bands called Wheedle’s Groove. Wheedle was a character in a children’s book about the Seattle Space Needle. The compilation spotlighted really tight and competent music making by artists and groups who never gained fame outside the Pacific Northwest. A few years later, Light In the Attic assembled some of these players to make new recordings in the gloriously chaotic Kearney Barton studio.

Now, Light In the Attic’s Cinewax subsidiary has released Jennifer Maas’s documentary that tells the back story of Wheedle’s Groove. This film goes far beyond the CD booklets in bringing to life the people and narrative of the Seattle black music scene in the funk heyday.

Students of black music know that Seattle is hardly uncharted territory. Ray Charles and Quincy Jones grew up there, and the city featured a thriving music scene during the Swing era because it was a military transit hub and there was thus a ready audience for live music. As a major western port, Seattle also had ready access to various goods, including records from all over the U.S. and imported music from other countries.  Furthermore, discriminatory housing practices concentrated Seattle’s black population into the Central District downtown, known as the C.D.

The Wheedle’s Groove musicians fondly remember the musical environment in the C.D. during the ‘60s and ‘70s. Basically, the place was a master class on jazz, blues, soul and funk. And, despite tired public housing projects and lower-scale incomes, the area is not remembered by those musicians for its urban blight but rather for its friendly and nurturing musical community.

Following is the promo video for the film: 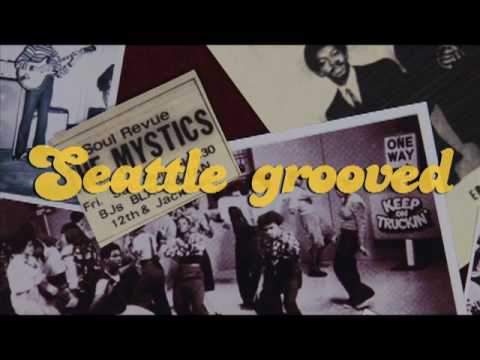 But there are some cruel ironies of fate, resulting in the Seattle locals who led these bands and their recordings ending up in the dustbin of obscurity.  For one thing, Seattle did not have a strong record-label culture, so national promotion and distribution were hard to come by. Also, the city was far enough off the beaten track that it was hard to attract major labels’ attention. Quincy Jones and Ray Charles were long gone by the Wheedle’s Groove era. So regional chart success and radio play did not transition to a lifelong career in music. The film documents how a local DJ collected these obscure 45s in the 1990s and early 2000s and brought them to the attention of Light In the Attic’s producers. The compilation has enjoyed sales around the world and has revived some careers, most notably Patrinell Staten Wright.

Interestingly, there was one person who emerged from the Wheedle’s Groove scene and gained worldwide fame. His name is Kenny Gorelick, better known as smooth-jazz legend Kenny G. In his youth, Kenny G. was a member of the integrated band Cold, Bold & Together. And the scene heavily influenced a C.D. native who gained fame and some notoriety in the hip-hop world, Sir Mix-Alot. Both Kenny G. and Sir Mix-Alot make extensive appearances in the documentary.

If you own and enjoy the Wheedle’s Groove CD, you will love this movie. It puts faces, voices and stories to the wonderful tunes in the compilation. I also recommend the 2009 CD of new recordings made at Kearney Barton’s now-defunct studio. This documentary is a good example of film-makers staying out of the way of the subject and letting the subject tell the story.