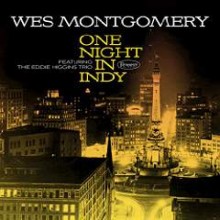 At this point, a bit of additional background on the recording might be helpful, extending and clarifying the information included in the liner notes. The CD was mastered from an open reel tape provided by Duncan Schiedt prior to his passing. Duncan was a noted photographer and champion of jazz throughout much of his lifetime, so it is worth noting a bit more about his role in events that led to this performance.

The liner notes state that the performance was “at a jazz club in Indianapolis” that Duncan ran with his friends. To me, this implies that Duncan operated some sort of nightclub, whereas the Indianapolis Jazz Club (hereafter IJC) was simply an informal group of enthusiasts who periodically organized gatherings and concerts for their own enjoyment and with their own funds. It all began with a concert performance by Chicago-based pianist Art Hodes in 1956. Duncan has written about this organization in notes supplied to me by an early IJC member Phil Oldham:

The group adopted a constitution that stated the following: “The Indianapolis Jazz Club, a civic, nonprofit organization, has been formed to afford a common meeting ground for lovers of Classic American Jazz; to stimulate and encourage public interest in this form of jazz, its cultural and historical significance, and by means of live performance and special programming to bring its members both enjoyment and education…. Dues were established at $5.00 per year, with an additional $2.50 for each member of the same family….

The venue, which would be our “home” for some time, was the student union lounge of the Indiana University Medical Center on West Michigan Street [in Indianapolis]. Equipped with a good grand piano and able to accommodate well over one hundred persons, the place served us well, though we were conscious of providing an evening’s free entertainment to any student who wished to sit on the fringes….

Opening the door to 1959 was our concert by the Eddie Higgins Trio, a Chicago unit which I believe had a long gig at the London House. Higgins, a classically-trained pianist turned jazzman par excellence, was joined at one point by Indy’s native son Wes Montgomery in an impromptu set which was our first exposure to the great guitarist. It was the first time for Higgins, and resulted in a marvelous, never-to-be-forgotten experience for both musicians and audience.

That brings us to the performance on One Night in Indy. To my ear, the audible applause between musical selections suggests a small audience was present, perhaps numbering two to four dozen supporters; however, there is no accessible record to support my guess nor to document the actual location of the performance. But, again to my ear, this seems to be a semi-private concert and not a commercial nightclub setting. Perhaps it was even held at the fore mentioned student union lounge on the Medical Center campus, located just west of the heart of downtown Indianapolis. The miking of the performers is close and balanced with each instrument clearly captured, and there is no ambient noise from glasses or chatter beyond occasional exclamations from the musicians themselves. While the specific location may never be known, I feel it important to acknowledge the commitment of the IJC visionaries who underwrote the performance, bringing Eddie Higgins with his bassist and drummer from Chicago, a longer drive before the construction of modern Interstate highways.

Again, to my ear, Higgins’ Trio performs in a manner consistent with musicians who have already worked together. There is no hesitancy in crafting support for solos and during ensembles. Wes Montgomery is a ‘local addition’ to the program. I speculate that the concert may even have consisted of two sets. Perhaps the first set would have featured the Eddie Higgins Trio and second, mostly captured on this CD, might have been a second set that added Wes Montgomery. That structure would have accomplished several things. First, it would have focused on the primary musicians imported to Indianapolis for this concert in the first set, honoring advance promotion. Then there would have been opportunities for informal conversations between the musicians and the sponsors of the concert during a break between sets that would be consistent with the sort of interactions valued by the organizers of the IJC. Next, there would have been the excitement added with the addition of the locally renowned guitarist, Wes Montgomery, for the second set. But this is conjecture.

The main point is that this was booked as a concert for the IJC by the Eddie Higgins Trio, perhaps noting that there would be an appearance by Wes Montgomery as a special guest at some point. This combination would have created excitement among the club’s members, but it is doubtful that there was extensive publicity beyond that core group for this event. But there is another possibility, namely that Wes simply appeared and was welcomed to the bandstand on the basis of his growing reputation based on recordings released on the Pacific Jazz label.

Interestingly, it is worthwhile noting that one tune from this Montgomery-Higgins performance, “How Come You Do Me Like You Do,” is not included on this CD but was issued in a special privately produced CD to commemorate the 50th anniversary of the IJC. Perhaps it was not included on the 7” reel tape provided to the producers? It a fine performance and would have fit within the time limitations of the CD.  The notes to the private CD state that this was “a spontaneous and surprise appearance by Wes during the Eddie Higgins Trio concert.” So it is possible that Wes’s appearance was not publicized in advance, although it remains possible that it was known to the organizers who would have made room in advance on the informal stage. The tune is performed in a satirical style, including a two-beat rhythm that is completely different from the issued tunes on the CD.

Thanks to Duncan Schiedt for preserving this recording and for doing so much to support jazz music, and thanks to Resonance Records for issuing this marvelous CD as the third in what should rightly be seen as a treasured trilogy of many of Wes Montgomery’s earliest recordings. Duncan is a true jazz hero. He has left us with many rich memories of great jazz and good times. It was my great pleasure to have been one of many who enjoyed his company many times during the past three decades.