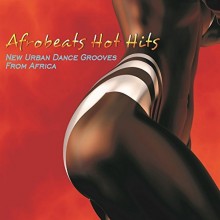 The latest fruit of a century of musical dialogue and exchange between Africa, The Caribbean and America is making its presence known. Afrobeats Hot Hits introduces this new genre,  described as a high-octane mash-up of Jamaican dancehall, Soca, Hip-Hop and African rhythms. Artists as diverse as Rihanna, Drake, Alicia Keys, Jidenna, Chris Brown, Sean Paul and Torey Lanez are embracing the style, poising it on the verge of an international breakthrough. Drake’s “One Dance,” probably the  #1 summer anthem of 2016 features an Afrobeats groove with Afrobeats star Wizkid on the track. Alicia Keys’ “In Common” had an Afrobeats re-mix (her Swizz Beatz is reportedly a fan of the style). Wizkid’s new single “African Bad Gyal” features Chris Brown. Go to a trendy Caribbean party in New York and Miami and chances are Afrobeats will be in the mix.

This compilation, however, features the genre’s major artists like Davido and Wande Coal, and rising Nigerian stars including Rayce, Seyi Shay, 9ice, and Tekno. These artists are not yet household names, but like the genre, they stand right on the precipice. Highlights include such major hits as Kiss Daniel’s “Woju,” Timaya’s “Bum Bum”(with Jamaican star Sean Paul), Davido’s seminal “Skelewu,” Wande Coal’s “Rotate” and Skales’ “Your Body Hot.” Tiwa Savage who has sung background for Mary Blige and written for other American R&B artists, is represented by the propulsive “Ileke” while rising Nigerian songstress Kayefi shines on a re-mix by UK DJ Major Notes of her “Oreske.”

Europe is also entering the ground floor of this exciting, multi-cultural sound as well, as UK based producers and DJs have already embraced the style, which many see as the successor to such cutting edge dance styles as dubstep and grime and UK-based Ghanian artist FUSE ODG scored a major UK chart hit with an Afrobeats track.  Not to be outdone, American neo-soul artist Anthony David, a fan of the Afrobeats style, recorded a straight Afrobeats track “I Don’t Mind,” with American-based Nigerian artist Mic on the re-mix, included on Afrobeats Hot Mix. This track may be the first straight Afrobeats track recorded by American artist.

Summer is officially over, but the blazin’ hot grooves will never fade as long as you make Afrobeats Hot Hits: New Urban Dance Grooves From Africa your personal soundtrack for fun in the eternal sun.