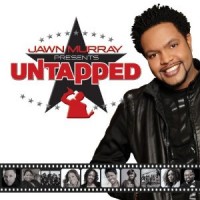 Multimedia journalist Jawn Murray (formerly with Black Voices) is the force behind this compilation of 10 unsigned gospel music artists, selected through a nation-wide talent search.  Murray, a longtime fan of gospel music, states “the top 10 represent a solid collective of potential superstars from varied backgrounds and different styles of music.  I’m glad to be able to use my platform to help these artists gain greater visibility and exposure in gospel music.”

One of the winners is Brian Reeves & Heart After God, from Indianapolis.  The up and coming contemporary gospel group has opened for a number of major artists, including Tye Tribett, Deitrick Haddon, and Andre Crouch, and received the Dorinda Clark Cole Conference “Best Group” Award in 2007.  Two years later, Reeves was named Tyscot Records GEM “Male Vocalist of the Year.”  On Untapped, Reeves & Heart After God perform “Awakening,” the title track from their 2010 debut album, which is highlighted in the following promo video:

According to the press release, one of these groups will be singled out next year for a recording contract with EMI Gospel.  We wish them all luck.