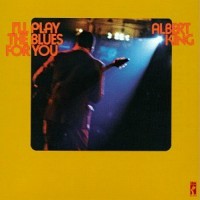 Title: I’ll Play The Blues For You 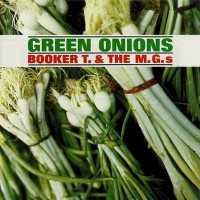 These newly-reissued albums are nos. 7 and 8 in the excellent Stax Remasters series from Concord Music Group.  The company is highlighting what it considers the best of the Stax Records masters under its ownership.  Keep in mind that many of the very finest Stax albums are owned by Warner Music Group via its Atlantic Records subsidiary.  However, as in the case of the previous Stax Remasters reviewed here, these albums are no slouches, indeed they are fabulous.

Starting in chronological order, “Green Onions” was a breakthrough single and album for Booker T. & The M.G.’s, Stax Records and Memphis soul music in general.  The title track, recently added to the Library of Congress’s National Recording Registry, was a runaway hit in the summer of 1962, peaking at #1 on the R&B chart and #3 on the pop chart.  It crossed music-genre and social barriers, proving as popular in southern black bars as in college dorm rooms in New England.

From the success of that one song sprang a long and successful run for keyboardist Booker T. Jones (the recent recipient of an honorary doctorate from IU, his alma mater), guitarist Steve Cropper, drummer Al Jackson Jr. and bassist Lewis Steinberg (replaced by the late Donald “Duck” Dunn in 1964).  The M.G.’s became the Stax house band, playing on, producing and even engineering many of the label’s major hits through the 1960s.

Better yet, there’s more to “Green Onions” than the title track.  Even a casual listen to this CD will prompt many moments of recognition: “I’ve heard that song before.”  The 12 monophonic instrumentals that comprised the original LP have served at various times as stand-alone radio hits, background music for commercials, tunes covered well or badly by local bar bands and even lead-in music for sponsorship announcements on the old “Howard Stern Show” FM radio program (music cue … Stern: “Robin, what is this? Dial-A-Mattress? Ah yes …” followed by a rambling semi-endorsement of the product, usually running the entire length of the music cut in the background).

The disc’s two bonus tracks are far from the usual filler. They are hard and fast live versions of “Green Onions” and “Can’t Sit Down,” recorded in Los Angeles in 1964, with Duck Dunn playing bass with a heavier hand than Steinberg.  Saxman Packy Axton (son of Stax co-owner Astelle Axton and founding member of the Mar-Keys) is featured on the last track.  Throw in excellent booklet notes by Stax historian Rob Bowman, and superb sound restoration by Joe Tarantino, and the end result is a highly recommended example of a value-added reissue.

Following is a live 1960s TV performance of “Green Onions,” very much like the bonus track:

The Albert King album was less monumental in its day (1972).  As Bill Dahl’s booklet notes point out, the LP got to #140 on the pop chart and the title track (split into a two-part, two-sided single) peaked at #31 on the R&B chart.  Other songs on the album also charted, but none near the top.

After several smoking, heavy blues albums for Stax, Albert King begins this album by showing off his ballad side.  Using the Stax band that backed up Isaac Hayes, King shares the sonic space with horns, rhythm and keyboards.  This works OK, but the album’s best moments are its harder ones, when King digs in and harnesses his intense, raw emotions.  In the end, his guitar, Lucy, is what got him to the dance and she can’t be denied.

Indeed, things start to cook by the 5th track, “I’ll Be Doggone.”  With a dubbed in “live audience,” the hard funk bass line is a more natural bed on which King can lay his guitar licks.  This is followed by the album’s slow-burner, “Answer To the Laundromat Blues,” on which the old Albert King of “Crosscut Saw” fame emerges (the very politically-incorrect lyrics may be ignored or not, depending on your perspective). Then comes a true Albert King classic, “Don’t Burn Down the Bridge (‘Cause You Might Wanna Come Back Across).”  This trio of cuts makes the CD worth owning, but there’s more.

As in the case of the Booker T. disc, Concord Music Group has chosen to include compelling and worthwhile extra tracks at the end of this disc.  There are superb (and harder-rocking) alternate versions of the title cut and “Don’t Burn Down the Bridge,” plus two cuts recorded at the same time: “I Need A Love” and the sizzling studio jam “Albert’s Stomp.”

The intensity and fully-formed nature of the CD’s second half begs the question, would King have enjoyed more chart success in 1972 if he had left the slower tunes on the cutting room floor? On the one hand, a master musician such as Albert King should be afforded the time and space to express his full musical spectrum, but there’s also the question of expertise.  Can a harder-edged bluesman really succeed as a soul crooner?  With this CD, the listener gets both sides of Albert King, and they can form their own conclusions.