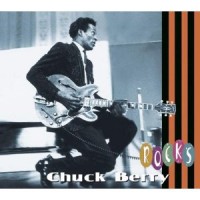 Without Chuck Berry, there is no rock ‘n’ roll. Chuck Berry taught us how rock guitar is supposed to sound and established teenage rebellion as the thematic thrust of the genre.  In 1955 at the age of 30, his debut single “Maybellene” established him in the American psyche as a bona fide star and a star he would remain. Releasing hit after hit on Chess Records, all of which he wrote himself, he shocked audiences with his fantastic stage-moves, including thrusts, splits and the famous Duckwalk. This collection covers his output from “Maybellene” to 1964’s “Dear Dad,” one of his last Chess recordings.  Producers represented in the collection include Leonard Chess, Phil Chess and Chuck Berry. The 52-page booklet features liner notes by the highly regarded R&B historian Bill Dahl. 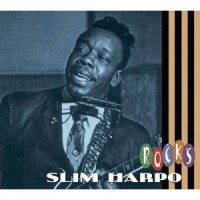 Slim Harpo’s raw, Louisiana swamp style was illustrated most famously in his blues recordings, but this collection is set up to remind listeners that Harpo could also rock ‘n’ roll and even produce pop hits, like his chart toppers “Rainin’ in My Heart” and “Baby Scratch My Back.” Inspired by Muddy Waters, Jimmy Reed and Little Walter, Slim Harpo had a classic blues schooling.  I’m A King Bee, perhaps Harpo’s most well-known recording, was covered to great acclaim by the Rolling Stones and also by his childhood hero Muddy Waters. The song is presented here in its single form and in alternate takes, a unique opportunity from a time when most artists could only afford a single take. Most of the tracks in the collection are probably unknown to the casual listener, making this a great introduction to the works of Slim Harpo.  Producers represented in the collection include Jay Miller, Dave Bartholomew, Robert Holmes and James Moore. The 32-page booklet features liner notes by Jeff Hannusch.

Wild About My Baby, I Got Love If You Want It, I’m A King Bee, You’ll Be Sorry One Day, That Ain’t Your Business, Buzz Me Babe, My Little Queen Bee (Got A Brand New King) I’m Waiting On You Baby, Something Inside Me, Bobby-Sox Baby, I Need Money (Keep Your Alibis), Yeah Yeah Baby, Shake Your Hips, Harpo’s Blues, Don’t Start Cryin’ Now, Boogie Chillun, Baby, Scratch My Back, Buzzin’, Hey Little Lee, The Music’s Hot, Wondering And Worryin’, Late Last Night, That’s Alright (aka You’ll Be Sorry One Day), That’s Alright Baby (aka Don’t Start Crying Now), Cigarettes, Buzz Me Babe, I’m A King Bee, You Ain’t Never Had To Cry, I Got Love If You Want It, Wondering and Worryin’, Rainin’ in My Heart