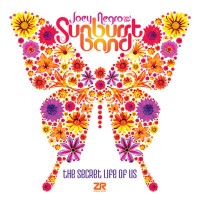 Title: The Secret Life of Us

Joey Negro (a.k.a. Dave Lee), the British house producer and DJ known for being one of the first artists to incorporate disco into his sampling, has released many remixes and compilations.  His latest house-infused disco creation, The Secret Life of Us, features songs he arranged for his session group, The Sunburst Band (with Lee on guitar, vocalists Pete Simpson and Donna Gardier, Julian Crampton on bass, Frank Tontoh on drums, Alex Bennett on keys, and Nick Cohen on laptop/effects).

Overall, The Secret Life of Us is relaxing yet danceable, still appropriate in a live setting but laid back enough that it can be enjoyed outside of a club. The band is able to keep things fresh by preserving that classic disco sound while simultaneously updating it with more contemporary house influences. For example, “Jazz The DMX,” uses an effective combination of electronic sounds as the bass and drums work overtime to maintain the core disco beat. This style is featured throughout the album and is generally done well.  The project never drags, nor does it become generic through repetitive sampling or bass lines. Another example is “Opus De Soul,” where strings and horns abound, creating a soulful, jazzy mix that is both danceable and entertaining. This defines the whole album: creative and fresh combinations built upon traditional disco instrumentation of the ‘70s that’s brought into the new age with plenty of electronic effects and contemporary styles that keep The Secret Life of Us grooving throughout its entirety. 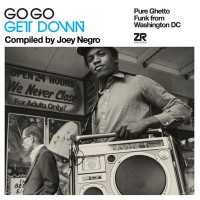 Title: Go-Go Get Down

Joey Negro’s Go-Go Get Down: Pure Ghetto Funk from Washington D.C, is a fantastic compilation that incorporates some nice of rarities from D.C.’s emerging  go-go scene in the 1970s.

From the get go, the music on Go-Go Get Down is differentiated from the more general form of funk by its incorporation of hip hop elements and grittier sound. This is most clearly illustrated in Donald Banks’ “Status Quo,” which uses rapping over live instrumentation. It practically reads as a funkier version of Grandmaster Flash’s “The Message” with such lyrics as “I came back home for a pursuit of hope / I look around, everybody’s on dope / everybody’s broke, they got no hope,” criticizing aspects of urban life. These songs keep with the funk album aesthetic of extended tracks, mixing long periods of jamming with rapping over the rhythm. Furthermore, the funk attitude is obviously still present, which can quickly be understood through titles such as “This Groove Was Made For Funkin’” (by Jackie Boy & Nature’s Creation), “Rock Yer Butt” (by EU) and the great Osiris track “War (On The Bull Shit!).”  Many other artists are represented, including the “Godfather of Go-Go,” Chuck Brown, performing “Back It On Up” with The Soul Searchers.

Though I only had access to a thirteen track sampler, the complete Go-Go Get Down compilation is spread over the length of two discs, ensuring that one can easily gain an appreciation for the distinctive sound of this unique funk and hip-hop hybrid from the nation’s capital.