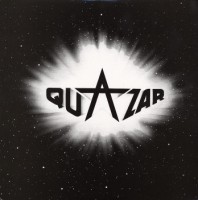 After leaving the P-Funk collective in 1977, lead singer/guitarist Glen Goins looked to create his own funk super group through Quazar, a band originally formed by his brother Kevin. Any chance for success for this ten-piece group was unfortunately wiped out as soon as it began, as Glen passed away shortly before the album’s release in 1978, and Quazar disbanded not long after.

At last, BBR has re-released the album on CD. This digitally remastered part of P-Funk history includes all of the original material as well as three additional singles released by the group. Some may recognize “Funk ‘N’ Roll (Dancin’ In The Funkshine),” the band’s greatest hit, which reached #11 on the R&B charts. “Funk With a Big Foot,” the first track of the album, preserves the comical and often spacey mood from the P-Funk sound (they are named Quazar for a reason). Much of the rest of the album hits just as hard, and keeps a lively and energetic groove throughout.

It’s understandable that Quazar would never be the same after Glen Goins’ passing. He had a vocal and musical creativity that keeps you simultaneously laughing and dancing throughout the album, forgetting your worries; that is, until the album ends. 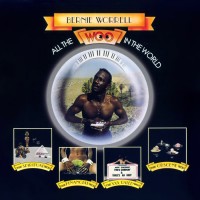 Title: All the Woo In the World

Label: Get On Down Records

Another notable reissue from the P-Funk collective comes from founding member and keyboardist Bernie Worrell, with his woonderful (get it?) 1978 debut All the Woo In the World. Not only is Worrell known for his work with George Clinton, but also for his contributions to the Talking Heads, whom he worked with practically from their creation until their eventual split in 1992. With this in mind, one can imagine the talent that Worrell possesses.

Compared to fellow bandmate Glen Goins (who also performs on this album, along with most of the P-Funk gang), Worrell often prefers a more pop-oriented, practically romantic form of funk, well-suited for slow, close dancing. However, this is in no way a downside to the album; rather, it’s a nice break from the typically hard-hitting funk. In fact, the only real indication of a P-Funk sound comes from “Much Thrust,” the most intense track on the album, along with the 12 minute tour de force “Insurance Man for the Funk.” “Hold On” also shines, creating a spacey, jazzy atmosphere that perfectly encapsulates the rest of the album. Whether for a funk specialist or someone who’s exploring the boundaries outside of the main funk albums, All The Woo In The World will be sure to delight.

Those unfamiliar with Worrell and his synthesized “woo” should check out the documentary Stranger: Bernie Worrell on Earth. Following is the trailer: