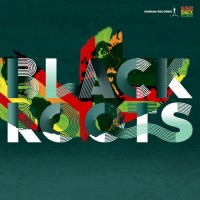 Title: On the Ground

As one of the many roots reggae bands to make their way out of Bristol, England, Black Roots emerged in the ‘80s as one of the most important and influential groups on the British reggae scene. With albums such as their self-titled 1983 debut and 1984 release The Front Line, named after a British sitcom for which the band composed the theme song, the deeply political and raw music of Black Roots was something truly unique.  So it was an unfortunate turn of events in 1990 when the group disbanded, ending a significant period in British reggae. The band remained quiet for over a decade, not releasing any material or appearing to be on the verge of a reunion. But in 2012, there was news that several of the original members were coming back together, and this ultimately culminated in On the Ground, the first album of original material since 1990’s Natural Reaction.  On the Ground is a return-to-force of ‘80s-era Black Roots music, and the accompanying dub mix only exemplifies the group’s instrumental talents.

The first thing one notices about On the Ground is how tight Black Roots remains, regardless of their nearly  20 years hiatus, as well as the unfortunate loss of bassist Derrick King in April 2011. But the band has made a speedy recovery, playing with the same deep and dark roots from the days of The Frontline and Black Roots.  From the opening tracks “I Believe” and “Long Long Ago” they make it seem as though On the Ground is an immediate follow-up to albums produced when the group was at their peak in the 1980s. But while the deep, heavy sound is still present, there has been a change lyrically to something more positive and optimistic. This is by no means a negative change, and in fact the songs are expertly written, addressing issues ranging from helping and actively changing society to making it through a broken system. 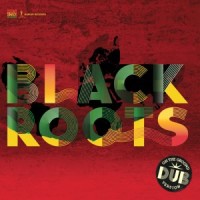 Title: On The Ground In Dub

The aforementioned hard-hitting tracks of On the Ground are given even more emphasis on the album’s accompanying dub release.  Louis Becket, known for his work with groups such as Misty in Roots and Culture, is on the mix with Black Roots, reworking fifteen of the original album’s seventeen songs. Pushing away the extensive use of various effects, Becket mainly preserves the traditional elements: drum, bass, echo and reverb. However, there is another addition to the formula, one which is executed fantastically: the horn section. “Militancy Dub,” for example, exemplifies their talents exceptionally well, sounding tight and focused with plenty of drive to give the tracks, and others like it, that unique dub sound. Other strong tracks include dub mixes of “Slavery,” “Struggle,” and “Call Me Out.”

Although as is often the case for an original strong reggae release, On the Ground in Dub goes to show that the accompanying dub releases can be nothing short of fantastic. And in the hands of an experienced engineer like Becket, the album lives up to its greatest possible potential.