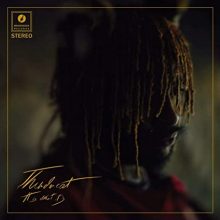 “This album is about love, loss, life and the ups and downs that come with that,” Thundercat stated in a press release. “It’s a bit tongue-in-cheek, but at different points in life you come across places that you don’t necessarily understand… some things just aren’t meant to be understood.” Speaking of loss, when the rapper Mac Miller died of an accidental drug overdose in September 2018, Thundercat said, “That was my ace, my best friend.” After he died, Thundercat found it difficult to write music, or even to pick up a video-game controller. But then he was inspired to record It Is What It Is, an album that’s ultimately less about overcoming uncertainty, fear, decay and heartbreak as it is about learning to live with those things as constants. “I think the existential dread set in when Mac disappeared,” Bruner said. “Things became a bit realer to me. I was faced with a choice—to either follow suit or figure it out. And I guess this is me trying to figure it out.”

To illustrate, Thundercat’s new single “Fair Chance,” featuring Ty Dolla $ign, is a touching and heartfelt ode to Mac: “This song is about Mac… when he passed it shook the ground for the artist community.” Anchored by steady and somber soundscapes, Thundercat and Ty glide over the guitar that permeates the entire track. “Ty’s a strong dude and when he heard the song, he knew exactly what it should be. I was there when he recorded it. We talked about what it was, and he did what he felt was right to it, and I love what he did.”

In quite the contrast, the hilarious second single, “Dragonball Durag,” communicates Thundercat’s love for the classic Japanese anime series, admitting he even has a Dragon Ball tattoo. This fun track describes Thundercat’s undeniable confidence in his Dragon Ball inspired durag, hopeful in its ability to attract a potential partner. “The durag is a superpower, to turn your swag on…. It does something, it changes you.”

“Black Qualls,” a track heavily influenced by classic funk, features Steve Lacy (from The Internet) and Steve Arrington (from Slave). The song symbolizes Thundercat’s desire to highlight the lineage of his music and pay his respects to the musicians who inspired him. Discovering Arrington’s output in his late teens, Bruner says he fell in love with his music immediately: “The tone of the bass, the way his stuff feels and moves, it resonated through my whole body.” The whole track is anchored by Arrington’s looping bass line that allows the rest of the song to diverge into unexpected places, with crisp guitar fills provided by Lacy. “Black Qualls” preaches digital self-permission while recreating the unabashed funk of the late ‘70s.

Though It Is What It Is may not be as experimental as previous releases, Thundercat still manages to elude categorization under one (or even a few) genres. He clearly comprehends the musical direction he desires to travel, and expertly conveys this path through each and every track, creating a unified whole. While there’s definitely a strong soul/funk nostalgia factor, Thundercat’s genre-defying innovation promises to take the listener on a smooth, near-hypnotic yet joyful ride towards the future.