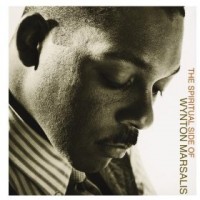 Title: The Spiritual Side of Wynton Marsalis

The Spiritual Side of Wynton Marsalis is a self-curated collection of spiritually influenced recordings from Grammy Award winning jazz trumpeter, Wynton Marsalis. This sixteen track compilation draws from seven albums original released on the  Sony Classical and Columbia labels—Uptown Ruler: Soul Gestures in Southern Blue, Vol. 2 (1988), In This House, On This Morning (1994), Blood on the Fields (1997), Sweet Release & Ghost Story (1999), Reeltime (1999), Live at the Village (1999), and All Rise (2002). Also included are parts of Marsalis’s version of the score for the John Singleton film Rosewood (1997).

This album was slated as the companion to the Abyssinian: A Gospel Celebration Tour—a 16-city tour in the fall of 2013 that featured the Jazz at Lincoln Center Orchestra with Wynton Marsalis, conductor Damien Sneed, and the 70-voice Chorale Le Chateau. The compilation includes a range of musical compositions including duets, trios, small combos and orchestral pieces featuring Marsalis’s own rhythm section—Reginald Veal on bass and Herlin Riley on drums. Also included are inspiring vocal performances by gospel recording artist Shirley Caesar, featured in “I Hear a Knockin’” and “If I Hold On” among others, as well as Cassandra Wilson in “Oh We Have a Friend in Jesus” and a previously unreleased performance of “Precious Lord, Take My Hand” by Marion Williams recorded just a year before she died.