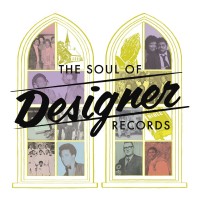 Title: The Soul of Designer Records

“Telling it as it is,” is a phrase that has become somewhat of an African-American modus loquendi that does not become trite even with frequent usage. One sees encapsulated in this short statement the energetic spirit that animates Black gospel song performance of every epoch. Listening to the medley of 101 tracks assembled from a virtual army of gospel singers in the 4 CD set, The Soul of Designer Records, one begins to understand that gospel music was never meant to merely entertain the listener, but is geared to piercing his or her heart with the overwhelming force of the scriptural message. As the press release puts it, “If passion and fervor were electricity, the performances on The Soul of Designer Records could put the glow in every neon sign in the city on the Mississippi River where they were recorded.”

The compilation draws from 400-500 gospel singles produced by Style Wooten and Roland Janes on the independent Memphis-based Designer label between 1967 and 1977, with the artists drawn from several regions, but especially Tennessee, Mississippi and Arkansas. In the present compilation, one can hear the voices of “gospel singers, groups, quartets, and choirs from the late 1960s through the 1970s” as well as a plethora of styles of gospel with varied influences from different musical genres like “classic Memphis rockabilly, garage rock and blues.” Accompanying the album is Michael Hurtt’s “entertaining, informative liner notes” detailing the approach of Wooten and Janes to their business of recording, along with selected images and biographies of The Soul of Designer Records artists. Nevertheless, the full discographical information about the re-issued singles is conspicuously absent.

In a note on the Big Mess Legal website, one reads “none of this—the variety, the quality and durability of the material, the consistently impressive level of talent—was calculated.” But that bespeaks the quality of spiritual unpredictability that characterizes genuine religious music! And so The Soul of Designer Records rolls on from one piece to another, churning out the Biblical or Bible oriented message in a wide variety of musical styles and with different manner of “vocal utterances.” Among so many voices, one hears the Canton Spirituals with their fiery rendition of “When the World’s On Fire,” and the Gospel Songbirds thank-filled performance “I Thank You Jesus.” There is also the Jubilee Hummingbirds “I Won’t Cry Again,” and Genessee Gospel Travelers scathingly reproaching “Don’t Blame It on the Children.”  Finally, one also hears “the unbridled [but rare] sound of pure faith welling up in the varied voices of such largely obscure performers as Elizabeth King, who wails like Aretha on “Testify for Jesus,” and Rev. Leon Hammer, who howls like Blind Willie Johnson on “He Won’t Deny Me!””

The Soul of Designer Records is a grand musical collection. However, it is a collection with a difference, namely, it seeks to give voice to so many singers, musicians and musical ensembles that some people may be inclined to regard as less important from the perspective of popularity but whose musical contribution nevertheless remains a valuable contribution to the gamut of the Black religious music repertoire.