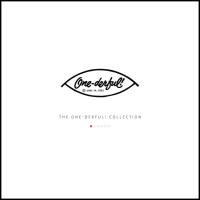 Last year we were excited to learn that the folks at Secret Stash Records had struck a deal to license recordings from Chicago’s One-derful! label group, which includes Mar-V-Lus, M-Pac!, Halo, Midas, and Toddlin’ Town. As was the case with Chess Records, One-derful! was operated by a pair of brothers─George and Ernie Leaner─who created one of Chicago’s most prominent African-American run independent labels (alongside Vee-Jay). The Leaners had a studio on Chicago’s Record Row, located on the second floor of their United Records distributorship, launched in the early ‘50s to distribute “Black records to Black Chicagoans,” including product from Motown. After gaining a thorough understanding of the business, the Leaner’s launched their first label in 1962. Another secret weapon was their relationship to famed deejay Al Benson (aka Arthur B. Leaner), an uncle known as the Godfather of Chicago Black Radio. These connections allowed them a leg up on both breaking and distributing their records, and thus began their foray into the music side of the business.

Over the course of six installments, Secret Stash will reveal the history of the One-derful! label group. They’re taking the unusual step of selling this series by subscription, so if you act fast you can be assured of obtaining all six volumes on CD or LP, featuring carefully curated compilations that will include “nearly 150 tracks of rare 60s Chicago soul and funk, over 50 of which were never issued.”  According to the press release, “the first 500 subscribers will receive exclusive bonus songs (including the first known recording of the Jackson 5), with every shipment. In total, that’s twelve LPs and seven 45s (7-inch singles), or 7 CDs for your favorite music junkie.” Sounds like the perfect gift!

We’ve had a sneak peak at the first installment, which focuses on the original label. Founded in 1962, One-derful! “introduced the world to the raucous R&B dance numbers from The Five Du-Tones, the deep soul and Memphis influenced sounds of Otis Clay and Joe & Mack, and the group harmony sides of the Sharpees, and the Admirations.” The compilation includes 25 tracks, many previously unreleased, with extensive liner notes by noted Chicago soul historian Bill Dahl illustrated with many archival photos. Some of the highlights include the label’s inaugural release by local singer McKinley Mitchell “The Town I Live In” featuring trumpeter King Kolax, The Five Du-Tones’ funky dance number “Shake a Tail Feather,” Betty Everett’s “Please Love Me,” the Sharpees’ “Do the 45,” and the Rockmasters’ “A Wonderful Thing.” Other featured artists include Otis Clay, Joe & Mack, Lucky Laws, McKinley Mitchell, Mary Silvers, Beverly Shaffer, Liz Lands, The Admirations, and Jay Jordan.

Future releases in the series will include: