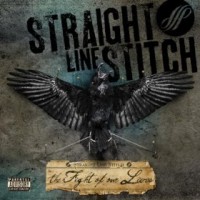 Title: The Fight of our Lives

Our next look into the “Women Who Rock” scene is a heavy one: Straight Line Stitch, a metalcore / melodic metal band from Knoxville, Tennessee and their newest album, The Fight of Our Lives.  The lead singer of the band, Alexis Brown, has a vocal ability that can range from sweet melodies to high-pitched screaming. While Brown does possess considerable musical capabilities, the same can’t necessarily be said for the rest of the band.

Alexis Brown’s vocal ability is something special within the metal scene. While many artists will commonly stay within one singing style, Brown does it all. On “Conversion,” the intensity of her voice is immediately apparent as her high-pitched growling overlaps distorted guitars and double bass pedals. However, during the chorus she effortlessly reverts back to a melodic vocal style. Her range in both instances is remarkable, as the change between the two flows well. The same feelings are replicated in “Laughing in the Rearview” and “Bar Room Brawl,” albeit screaming is more common throughout. On the flip side, Brown takes a more traditional route in “Cold Front” and “One Reason,” demonstrating her diverse range and putting screams on the back burner.

Following is the official music video for “Conversion”: 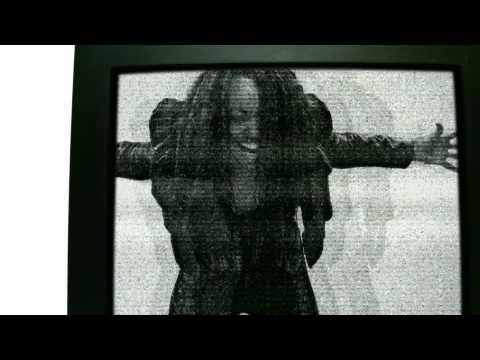 Although talented vocally, the lyrics come off as a bit cheesy and cliché. Take “Bar Room Brawl,” for example, which opens with, “There’s nothing to defend / nothing left but regret / it’s the beginning of the end / what’s it all been for?” The same dark and dreary lyrics are a formula that is repeated time and time again. At certain sections of the album, most clearly throughout “Cold Front” and “Living Dead,” the inherent angst makes me feel like I’ve been transported back to high school.

If the lyrics weren’t already a clear indication of what to expect, then the instrumentation would give it away. First off, the drummer has a deep love for the double bass drum pedal and feels the need to use it constantly; just like anything else, too much of a good thing can become tiring. Even during slower, (relatively) quiet songs the lines of bass drum hits become rather comical. However, it’s not just the drummer; the rest of the band also has an obsession with overused riffs. The guitarists aren’t exactly making anything new; I’ve heard better riff(s) in an Electric Wizard or Bongzilla song. What’s possibly the worst crime committed is the production. Everything sounds way too clean, even though there’s extensive use of distortion and other effects associated with metal. It’s almost subdued, and really kills the energy of the album.

With all the problems that seem to plague Fight of Our Lives, Alexis Brown at least provides some semblance of hope. Although extremely talented vocally, she is nonetheless bogged down by poor lyricism and instrumentation; the music feels subdued even with the drummer’s love of double bass hits and distorted guitars. The end product, then, is an album that will probably be glanced over unless you happen to already be a fan of Straight Line Stitch or a serious fan of heavy metal.