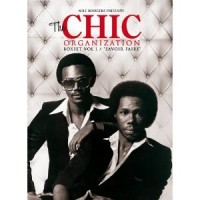 Think it’s time for a disco revival? Nile Rodgers is one of the great music producers and session musicians. Chic was disco’s greatest band.  How can you go wrong?  This new box set is the first installment of the work of guitarist Nile Rodgers and the late bassist Bernard Edwards, who together shot a whole lotta funk and jazz into disco to create the Chic Organization LTD in 1977. Their first experimental recording, featuring a young Luther Vandross on vocals, became the break-out smash hit “Everybody Dance.”

Over a ten year period, Rodgers tracked down every last master tape, including many thought to have been lost. He then collaborated with the famous French DJ, known as Dmitri from Paris, on remixes of selected songs.  Rodgers refers to this box set as “snapshots” of his and Edward’s career, starting from the first known Chic recordings to the present.  All songs on the set were written, arranged and produced by Nile Rodgers and Bernard Edwards for the Chic Organization LTD. It’s not clear how many more volumes might be reissued – Nile states in the liner notes that “this project will likely take the rest of my life.”

About half of the tracks on the set are performed by the band Chic and include the hits “Dance, Dance, Dance,” “Le Freak” (sampled on Sugarhill Gang’s “Rappers Delight”), “Everybody Dance,” and “Good Times.”  The remainder of the tracks represent other artists produced by Rodgers and Edwards, including Sister Sledge, Norma Jean, Diana Ross, Debbie Harry (“Backfired”), Carly Simon (“Why”), and Teddy Pendergrass (“Dreamgirl”), plus  four previously unreleased songs recorded by Johnny Mathis.

Following is a performance of  “Le Freak”  taken from the full length concert DVD  Live at Montruex 2004 available from Eagle Vision:

Also included in the set are liner notes written by Rodgers, along with many online extras available via Opendisc,  which is accessed by inserting CD1 into your computer (this involves a free subscription, but no software installation).  According to Rodger’s website, we can also hope that 2011 finally brings the publication of his biography, plus more touring and live events with the reconstituted Chic Organization.