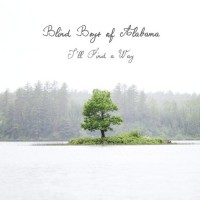 For the past 70 years, The Blind Boys of Alabama have brought their impassioned gospel harmonies to the public, providing a dusty soundtrack to most of the 20th century and beyond. Their longevity is matched by their prolific output—their newest album, I’ll Find A Way, is their ninth studio release in the past thirteen years. In a surprising collaboration, The Blind Boys recruited Justin Vernon (of Bon Iver fame) for the role of producer. The result is an adventurous and eclectic survey of styles, ranging from southern-fried electric gospel to ethereal electronic-influenced ballads. The album is peppered with guest appearances, touting a diverse roster of artists including Patty Griffin, Merrill Garbus (tUnE-yArDs), Shara Worden (My Brightest Diamond), and Justin Vernon himself. 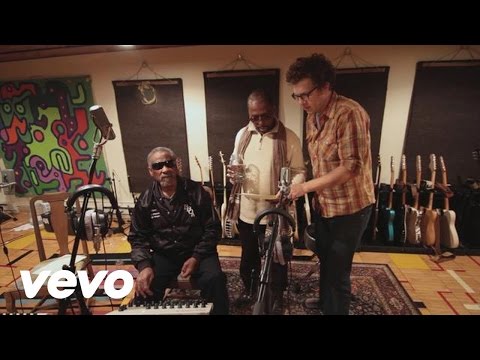 The album opens with a fiery interpretation of “God Put a Rainbow in the Cloud,” before giving way to the more contemplative sound of the title track. Here Justin Vernon’s production first becomes apparent, marrying his taste for spaciousness with The Blind Boys’ timeless knack for arrangement. The featured Shara Worden’s voice is feathery but present, set in front of an ever-growing wall of sound that would make Phil Spector proud. This aesthetic continues into the resolute march of “I Am Not Waiting Anymore,” featuring lead vocals from Sam Amidon.

The guest artists who appear on six of the eleven studio tracks do a fine job of delivering tasteful performances and finding their place amidst the Blind Boys’ already tightly interlaced vocals. However, it is also on these feature tracks where the production is most heavy-handed. Had the collaboration been between The Blind Boys and For Emma, Forever Ago-era Justin Vernon, it would have yielded a more naturalistic (and thereby better-fitting) approach to the studio recording process. While his definitive release evokes images of the secluded, snowy cabin in which it was recorded, the Vernon we see at work here favors more involved, dramatic productions.

Yet, it is when The Blind Boys of Alabama are mostly left to their own devices that they shine the brightest, as evidenced by the album’s hidden centerpiece. New Blind Boys’ addition Paul Beasley pleads for redemption in a silvery falsetto on the beautifully simple “Take Me to The Water.” Without the overt stylistic influence from outsiders, the hands-off approach is highlighted in details like the audible creaking of the piano bench in the songs opening bars, creating a timeless gospel classic that will live on long after the Blind Boys. Their rendition of “My God Is Real” is likewise a magnificent display of less-is-more. The swishing snare drum and laid-back piano are complemented by a climbing electric organ and distant background vocals that successfully fill out the aural landscape. The album closes with a pew burner as Patty Griffin helps takes the album to its blazing, down-home conclusion on “Jubilee.”

Tracks like “Take Me To The Water,” and “My God Is Real” are precisely the reason the Blind Boys of Alabama have been a mainstay in gospel music for the past 70 years. While I’ll Find A Way proves to be an impressive demonstration of the Blind Boys’ versatility, the tracks that further cement their legacy are those rooted most firmly in tradition.