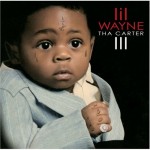 Remember when Kanye West’s back-to-back albums Late Registration and Graduation couldn’t be paralleled, especially not by another hip-hop artist? It turns out that popularity is a fickle thing, which is only one of many points of interest in Lil Wayne’s new record. After tracks from his originally planned release in 2007 leaked worldwide, the New Orleans native decided to collect all of the extant material on the internet and release it as The Leak. He saved only the Kanye-produced “Comfortable” for the official album. Despite his efforts, the full album still leaked about a week before its official release. None of this injured his sales or his popularity.

Lil Wayne trades in witty rhymes built from familiar phrases, and the fans who listen to him know these phrases all too well. Many of the tracks on this record offer clever quips based on the clichés of hip-hop’s most vulgar vernacular. In “Mrs. Officer,” Carter twists NWA’s controversial lyric “Fuck tha Police” into a sexual fantasy about a female cop. He puts on examination gloves for “Dr. Carter,” in which he treats a “patient with weak flow” as a double-entendre for a rapper whose rhymes could stand some treatment from the good doctor.

With parts of the record literally resembling a pissing match, it’s difficult to take Lil Wayne seriously during the more serious moments in tracks like “Tie My Hands.” Here he departs entirely from the tone of the rest of the album for a lament about his hometown and the aftermath of Hurricane Katrina. However, this wide variety of themes befits an artist whose popularity over the past year has been bolstered by numerous mixtapes between official albums. His diversity of material and his willingness to experiment have been his greatest assets.

In his videos, on his website, in all that he does, Lil Wayne embodies all the bling-bling avarice, street toughness, and juvenile naughtiness of hip-hop while simultaneously using clever lyrical turns to lampoon those very same images. As evidenced by rough giggles between lines, his particular brand of witty rhyming is one that knows its own slyness and humor. Although he tips his hat to Kanye and others throughout this record, he still dares to enjoy latest victory in a poetry slam of global proportions as if he always knew it was coming.

Yet Carter’s ribald lyricism and cocky disposition do little to detract from his popularity. He sold a million copies of this record in its first week on the market and over 1.5 million copies in the first month, eclipsing Coldplay on the U.S. pop album and singles charts. Time Magazine named him the “best rapper alive.” Millions of fans and one of the world’s most widely read periodicals can’t lie, right? With much of his more substantive material already available through leaks, Lil Wayne has something in mind that Time didn’t think of: being the “best rapper alive” was never as important as knowing his audience.