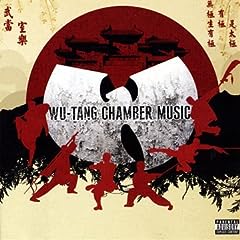 GZA, one of the original members of the Wu-Tang Clan, once again proves he is a master of production, combining great rhymes and beats into an album that is sure to become a classic. A host of guest producers were involved as well, including Bronze Nazareth, Allah Mathematics, True Master, Arabian Knight, Jay Waxx and Black Milk. Featured artists also include GZA’s son Justice, and Wu-Tangers RZA and Masta Killa. Tracks include the ode to ghetto youth “Short Race” and the politically charged “Columbian Ties” and “Path of Destruction.” The duo known as Knarls Barkley is a collaboration between producer Danger Mouse (a.k.a. Brian Burton) and Atlanta rapper/singer Cee-lo Green, a former member of the Goodie Mob who pioneered the Dirty South style.  This was one of the break-out albums for 2008, which built upon the success of their previous release St. Elsewhere.  By merging hip hop with neo-soul and blending in large doses of special effects, they’ve created a style that’s all their own. When Southern rapper Young Jeezy released The Recession last summer, he probably had no idea that the economy would continue to freefall.  And he cut the final track, the Obama shout-out “My President,” well before the election.  Addressing these topics put him somewhat ahead of the pack and add a significant degree of social relevance, though its not sustained thoughout the album. Then again, maybe he’s found a new focus since it was just announced that he is performing at the “Hip Hop Inauguration Ball,” along with T.I. and LL Cool J. Boston rapper Akrobatik, who interestingly has a side gig as an announcer for the “Sports Rap-Up” segment on Boston hip hop station 95.5 FM, released his most significant album to date in 2008.  Absolute Value positions him firmly within the socially conscious alternative rap pantheon, with tracks such as “Rain” that addresses gang violence, and “Front Steps, Pt. 2 (Tough Love)” which slams gangsta rap with the rhyme “They shut down the conscious rosters/But talk about being a pimp you’ll get an Oscar.”   Among the many guests are Talib Kweli (“Put Ya Stamp on It”), Little Brother, Chuck D, and B Real. Compiled by Will C., a Boston area deejay,  Down the Dial is a mix of highlights from the influential radio program Rap Attack, hosted by DJ Mr. Magic and broadcast over New York’s WBLS-FM in the 1980s. Will C. combed through piles of old DATs and cassettes containing airchecks from the show, culling watershed moments from the original programs. What is unique about this project though, is the manner in which the old is mixed with the new.  “What I did with this project was absorb the format of Mr. Magic’s radio shows over a period of years . . . when I went into the studio to put together some Will C. mixes, I always kept in mind the master mixes of deejays like Marley Marl and Chilly Q on the Rap Attack. . . The end result, if all went according to plan, are moments on Down the Dial where you can’t tell if you’re hearing the vintage side of things or the new pieces.”