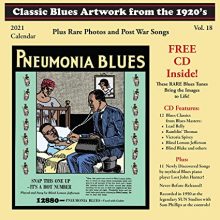 The Blues Images team strike a resonant chord again this year with their annual blues calendar and CD package. The wall calendar, featuring a historic advertisement for Blind Lemon Jefferson’s “Pneumonia Blues” on the cover, displays additional photographs and graphical artwork that help bring to life the classic Pre-War blues classics included on this year’s audio selections. Beautiful photographs of Peg Leg Howell, Bertha Henderson, Ramblin’ Thomas, Victoria Spivey, and Blind Boy Fuller will help pass the months of 2021 as the calendar’s pages are turned, including a stand-out photo of Lead Belly and Martha Promise on their wedding day in the month of July.

END_OF_DOCUMENT_TOKEN_TO_BE_REPLACED 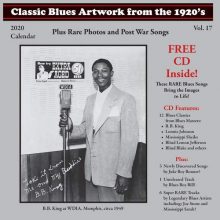 From the first glance at the photograph on the 2020 calendar and booklet of the accompanying CD, our staff at the AAAMC was taken in by Blues Images’ 17th volume of classic blues songs and art. In the photograph, a youthful B.B. King stands at a WDIA station microphone in front of a wall advertisement for 51 Beer. With extensive black radio materials in the AAAMC’s special collections, we couldn’t help but get excited about this connection to our collections and our online exhibit about the Golden Age of Black Radio (including some great content focusing on WDIA). END_OF_DOCUMENT_TOKEN_TO_BE_REPLACED 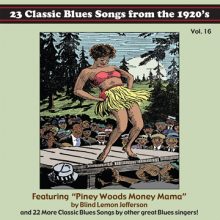 The 16th annual Blues Images calendar and CD reproduces classic, rare, and recently rediscovered artwork and recordings of pre and post-war blues songs from blues masters such as Charley Patton, Memphis Minnie, Leola B. Wilson, William Harris, Papa George Lightfoot, and others. While a copy of Papa George Lightfoot’s debut disc on Sultan Records (“Winding Ball Mama” / “Snake Hipping Daddy”) has been rumored to exist for decades, it recently surfaced and came to the attention of John Tefteller and his Blues Images team. The disc has been remastered and is included on this compilation along with other rare tracks such as William Harris’ “I’m a Roamin’ Gambler” / “I Was Born in the Country—Raised In The Town.” END_OF_DOCUMENT_TOKEN_TO_BE_REPLACED 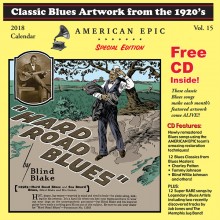 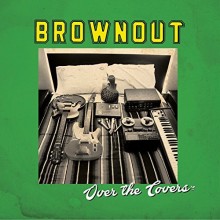 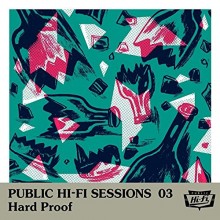 Recorded live to tape by Jim Eno between December 2015 and February 2016, each song on Public Hi-Fi Sessions packs its own punch while holistically showcasing the Fela Kuti-inspired group at a new level. Horn arrangements and solos captivate and weave freely in and out of the guitar, bass and drums that push the recordings forward and display the group’s ability to build hypnotizing, danceable rhythms.

Hard Proof has earned a well-deserved reputation as one of Texas’s best Afrobeat, funk, and jazz groups. Inspired by everything from a busted lip to painted flowers to questioning established religious institutions, this tracks on this album should impress those both familiar and new to Hard Proof’s live performances and recordings.