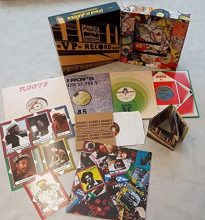 Reggae fans will appreciate the new limited edition box set, Down in Jamaica: 40 Years of VP Records, which “tells the story of a continually owned and operated family business at the heart of the global growth of reggae, dancehall, and Caribbean music.” Founded by Vincent and Patricia Chin, VP Records was started as Randy’s Record Mart, a record store in Kingston, Jamaica, and over the years grew into the world’s largest reggae music company. This 94-track anthology focuses on singles released by the esteemed label and its more obscure sublabels, offering many rare gems that have long been out of print. In addition to well-known musicians on the VP roster who are still active such as Barrington Levy, Yellowman, Shaggy, and Beenie Man, there are many tracks from earlier artists such as “Gi Mi Di Weed” by Jigsy King, “Lots of Signs” by Tenor Saw, and “Roots Natty Congo” by Johnny Clarke. This bountiful package includes a 24-page booklet that tells the history of the label, as well as four 7-inch singles, four 12-inch singles, and four CDs. If you want an overview of reggae and dancehall music from the 1980s to present, this is an excellent place to begin, but act fast because only 2000 copies have been published. END_OF_DOCUMENT_TOKEN_TO_BE_REPLACED 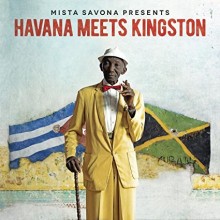