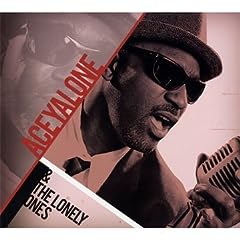 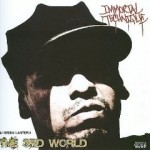 The Third World is a mixtape album, mixed by former Shady Records member DJ Green Lantern. Aside from Green Lantern, production duties are handled by high profile underground producers like Buckwild, Scram Jones, and Bronze Nazareth, as well as up and comers including Southpaw Young Elite, Sick Jacken, and Metaphysics. This diverse group of beatsmiths provides Immortal Technique with a variety of sounds that he not only adapts to but commands.

There are many standout tracks on the album. “Lick Shots” is a banging battle track featuring West Coast lyricist Crooked I and Chino XL. On “Harlem Rensaissance,” Tech uses a simple, but effective backing track to talk about gentrification in his native Harlem. “Parole” finds Immortal Technique breaking down the prison industrial complex over an extremely hard Green Lantern beat. Wu affiliate Bronze Nazareth offers one of his typical heaters on “Payback” which Immortal Technique, Diabolic, and a rejuvenated Ras Kass completely rip apart. “Reverse Pimpology,” produced by Metaphysics, is a commercial track that is surprisingly effective and enjoyable. Following is a promotional video for the album:

Immortal Technique has produced an extremely thought provoking, but also very entertaining album. He seems to have responded to those who labeled his earlier work as too dense and inaccessible. His employment of new styles and sounds is pleasantly surprising and makes him more of complete artist. The production work of Green Lantern, Southpaw, Buckwild and others is consistently dope and compliments Immortal Technique perfectly. This is a great release and makes Immortal Technique one to look out for in the future.