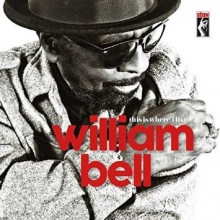 Title: This Is Where I Live

William Bell has come full circle with his new album, This Is Where I Live, which marks the famous soul singer/songwriter’s return to the Stax label after several decades. The Memphis native started working at Stax as a teenager and began recording for the label in 1961 with the hit song “You Don’t Miss Your Water (Until Your Well Runs Dry);” he scored another hit in 1969 with “Everybody Loves a Winner.” Bell is likely more famous, however, for the indelible hits he penned for other artists, including “Born Under a Bad Sign” (co-written with IU alum Booker T. Jones), famously covered by Albert King, Jimi Hendrix, Etta James, and Homer Simpson.

Though never completely out of the spotlight, Bell’s new album has certainly rejuvenated his singing career, bringing one of the original Southern soul singers to the attention of a new generation. Acclaimed country music producer and arranger John Leventhal worked side by side with Bell to shape the sound of the album, which blends the original soulful sounds of Stax with more contemporary influences. Leventhal co-wrote most of the songs with Bell; plays guitars, bass, keyboards and percussion throughout; and recorded and mixed the tracks. 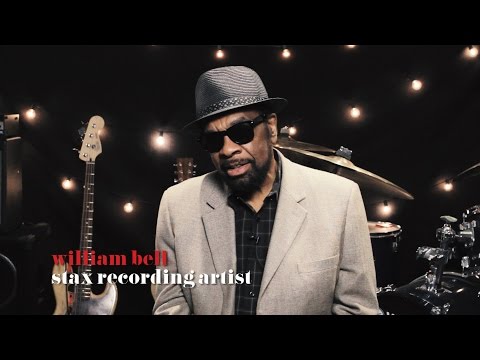 This Is Where I Live appears to be semi-autobiographical, drawing upon Bell’s Memphis roots and life experiences. Opening with the ballad “The Three of Me” (discussed in this recent NPR interview), he sings about “the man I was, the man I am, and the man I want to be.” This reflection on life by the 77-year-old singer permeates the album, including the following track, “The House Always Wins,” with the chorus “I wish someone had told me you gonna sink before you swim, you may take a couple of rounds, but the house always wins.”

One of the outstanding features of the album is the blend of soul with country music, perhaps most evident on “Poison in the Well,” featuring Leventhal on guitar with Shawn Pelton sitting in on drums. They steer back to a grittier soul sound on the ballad “I Will Take Care of You.” Weaving in a chorus and B3 accompaniment, it’s the perfect vehicle for Bell and fits right into his vocal comfort zone. Bell is also given an opportunity to cover his earlier song, “Born Under a Bad Sign.” In a departure from Albert King’s signature version, Leventhal’s arrangement successfully melds blues, rock and country influences into a more contemplative, less guitar-oriented rendition of the song which places more focus on the vocals.

Bell demonstrates his devotion to his home town on the title track, hinting at the difficulty of life in Memphis during the Civil Rights Movement, and the inspiration found in Sam Cooke’s “A Change is Gonna Come” with its “promise of a brand new day.” Getting back to Bell’s signature ballad singing, the woeful “All the Things You Can’t Remember” (I’m still trying to forget) tells the tale of a man mistreated and underappreciated by his woman.  The album closes with “People Want to Go Home,” an introspective but still upbeat song touching upon cultural meanings of space and place, expressed here by the strong desire to return to one’s roots at the end of life’s journey.

This Is Where I Live is highly recommended, with excellent song writing, musicianship and production from Bell, Leventhal and the supporting musicians. The balladeer’s voice is still silky and supple, hearkening back to a special time and place in the music industry that will be especially relevant to those over 50, but with plenty of potential appeal for younger soul music fans. The CD is accompanied by liner notes written by the noted Memphis rock and soul music historian, Peter Guralnick.