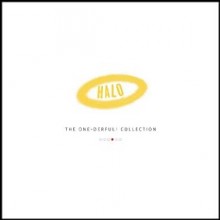 Last December we wrote about on the new Secret Stash series devoted to Chicago’s One-derful! label group, which includes Mar-V-Lus (reviewed in February), M-Pac!, Halo, Midas, and Toddlin’ Town. This series marks the first in-depth study of one of Chicago’s most prominent African-American run labels, operated by George and Ernie Leaner from 1962- 1971.

Finally, after a long delay, the highly anticipated fourth installment of the One-derful! Collection has been released, which focuses on the gospel imprint Halo. Featuring The Gospel Ambassadors, Salem Travelers, the Gospel Souls, Lucy Rodgers, The Flying Clouds of Joy, and the Redemption Harmonizers, among others, this set includes nine never-before-released tracks. This is some of the finest, rarest gospel soul ever shouted from the South Side of Chicago! 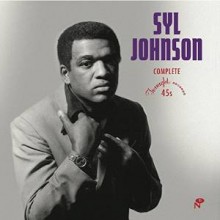 Veteran Chicago blues and soul singer Syl Johnson (father of R&B singer Syleena Johnson) began recording for Twinight Records of Chicago in the mid-1960s. Thanks to his scorching 1969 rendition of the still relevant “Is It Because I’m Black” (written in response to the murder of Dr. Martin Luther King, Jr.) and his frequently sampled song “Different Strokes” (by Kanye West and Jay-Z, among others), Johnson managed to escape the category of “forgotten soul singer” and is now receiving his long overdue recognition. Though most if not all of his songs have been reissued numerous times, this beautifully produced double LP set from Numero includes 29 tracks with all of Johnson’s Twinight singles. In addition to the previously mentioned songs, highlights include the socially conscious “Concrete Reservation” and the ‘60s anthems “Come On Sock It to Me” and “Ode to Soul Man.” The double gatefold album includes track-by-track liner notes by Bill Dahl and Ken Shipley. Vinyl enthusiasts won’t get tired of spinning these discs! 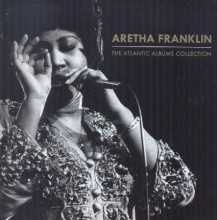 Many of you will have the majority of Aretha’s Atlantic albums already, but if not, you might consider this new box set featuring 19 discs, including both studio and live recordings, enclosed in vinyl replica card sleeves and packaged in a clamshell box. Regrettably, even at 19 albums, it’s not quite a complete collection of her Atlantic output since five of her post-1974 albums are not included due to rights issues: With Everything I Feel In Me (1974), You (1975), Sweet Passion (1977), Almighty Fire (1978) and La Diva (1979). The set does, however, include more recent compilations including Amazing Grace: The Complete Recordings (1999), Rare & Unreleased Recordings from the Golden Reign of the Queen of Soul (2007), and Oh Me Oh My: Aretha Live in Philly 1972 (2007). There’s no added bonus material or booklet, but at approximately $5 per disc this set is a great buy. 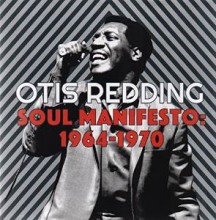 As with the Aretha Franklin box set, Otis Redding: Soul Manifesto is a repackaging of Redding’s six studio albums plus Live in Europe, all released prior to his death in a plane crash on December 10, 1967. The remaining five CDs in this compilation include the first posthumous release, The Dock Of The Bay from February 1968—assembled at Stax primarily from previously released singles and a few unissued recordings; The Immortal Otis Redding from June 1968 which features songs recorded by Redding during his final sessions; the live album In Person At the Whisky A Go Go recorded in April 1966 and released in 1968; and the 1969 and 1970 releases Love Man and Tell The Truth featuring more unreleased tracks recorded at Stax and backed by Booker T & the MGs. The discs are issued in vinyl replica card sleeves with no added bonus material.

As an added note, Redding’s third studio album, Otis Blue: Otis Redding Sings Soul, considered to be one of the greatest albums of all time, marked its 50th anniversary on September 15, 2015. In celebration, Rhino is also reissuing its two-CD Collector’s Edition which includes stereo and mono versions of the original album, plus previously unreleased alternate mixes, as well as selections from Redding’s live albums. 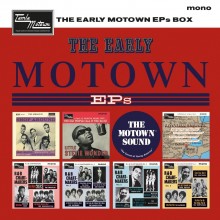 Vinyl collectors can look forward to this new limited edition, individually numbered box set from Universal that compiles 28 rare recordings from early Motown labels: London American, Stateside and Tamla Motown. These discs replicate seven of the original four-track EPs, including five Motown artist mini-compilations plus one EP each devoted to Stevie Wonder and The Miracles. A download card is included with your purchase.