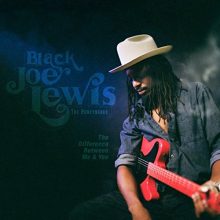 Black Joe Lewis & the Honeybears—a blues group formed in Austin, Texas in 2007—has released their newest album, The Difference Between Me & You. Recorded in their hometown with Grammy Award winning producer Stuart Sikes, the album was created with a “hands on style of production with open creative interaction between the entire band,” according to Lewis. The experimental style of the group is rooted in Lewis’s youthful discovery of his love for the blues, which he learned to play on guitar while working at a pawn shop. From these unlikely origins, Black Joe Lewis & the Honeybears have created an introspective blues record that asks tough questions of its listeners. END_OF_DOCUMENT_TOKEN_TO_BE_REPLACED