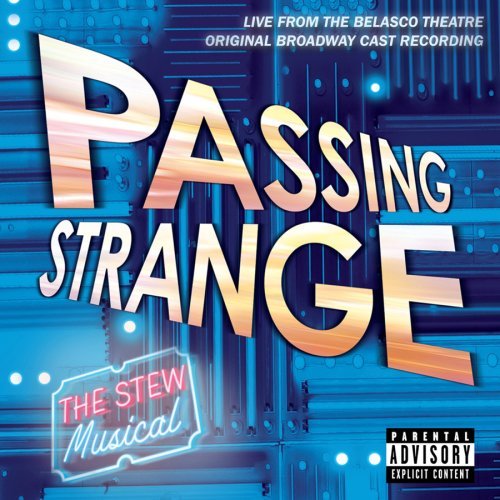 Passing Strange became a Broadway sensation this spring, garnering a Tony nomination and Drama Desk and New York Drama Critics’ Circle awards for Best Musical, and attracting among its diehard fans Spike Lee, who filmed the final performances in order to preserve the stage version of the show. The origins of Passing Strange go back further, however. Author and co-composer Stew (founder of the band The Negro Problem) began developing the show at the Sundance Institute Theater Lab in 2004 and 2005, followed by a premiere at the Berkeley Repertory Theater in 2006 and a short off-Broadway run at New York’s Public Theater in May 2007. Passing Strange is at once a Black rock musical, a picaresque coming-of-age story, and a semi-autobiographical one-man show with a cast of seven plus an onstage band.

The musical’s plot—told episodically rather than in linear narrative—follows the journey of a young Black musician, simply called Youth, as he leaves his middle class Baptist upbringing in 1970s Los Angeles and escapes to Europe in search of “the real.” In Amsterdam, he dives into the experience of readily available drugs and sex, embracing an unstructured bohemian lifestyle. Rather than bringing Youth closer to “the real,” however, the full-body sensuality of Amsterdam ultimately deadens his creative muse. He moves to Berlin, falling in with a group of intellectual, politically-driven performance artists, who believe him to be the classic gifted Black musician from an impoverished background. Youth struggles with his sense of ethics and identity as he seeks to resolve the acclaim he earns in the Berlin nightclubs with his deliberate self-misrepresentation. He ultimately returns home to the United States upon his mother’s death, shaped by experience and aware that “the only truth of youth is the grownup consequences… I need something more than real.”

Youth is the semi-fictionalized portrayal of Passing Strange’s creator Stew as a young man, and is represented simultaneously by Daniel Breaker and by Stew himself as the Narrator who draws the audience along the story, often regarding his younger self with fondness or frustration. Stew also serves as the leader of the onstage band, bridging the musicians and the cast. The rest of the casting is efficiently done, with most other members portraying multiple characters from the three main places in Youth’s life.

As much as Passing Strange is a tale of a musician’s journey to maturity, it is equally a tale of rock itself, incorporating many other genres crucial to the formation of modern rock, and highlighting the importance of Black music in rock. The opening number, “Prologue (We Might Play All Night)” sets up a bluesy rock jam that might easily be heard in a nightclub rather than a Broadway theater. “Church Blues Revelation” invokes both the gospel and blues traditions, which are quickly defied by the teenaged Youth’s punk anthem “Sole Brother.” Soul ballad styles weave their way throughout the musical, particularly in “Mom Song” and “Keys (Marianna).” “The Black One” evokes Weimar-era cabaret jazz, while “Identity” crafts a deliberately alienating combination of punk and performance art. While Youth discovers his love of music as a spiritual revelation in church early in the musical, these diverse musical styles all shape his identity and experiences across the length of his journey of self-discovery.

Since this is the cast soundtrack, much of the spoken narrative has been omitted, and the songs are presented as freestanding works. This can make it tricky to follow the plot from listening alone, but it highlights the pulse of the music and the sharp wit of the lyrics. The throbbing guitars and Stew’s gravelly baritone are at the heart of the rock vibe of Passing Strange, and they pull the listener on a compelling musical journey.