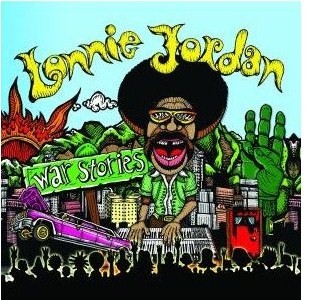 After a long hiatus, Lonnie Jordan has released War Stories, an album serving as his musical autobiography. The songs on the album loosely follow the course of Jordan’s life, from his boyhood in Compton, through his work with War, to his current relationship with his wife, Teresa. One of the most lyrically poignant pieces is “Baby Brother,” in which Jordan grieves over the loss of his younger brother to a police shooting in 1971. Throughout the song, Jordan reminisces about the closeness of their relationship and how “tripping on his mind was like drinking funky wine by the river.” Also mournful, is “Rock and Roll Days” in which Jordan tells of being the last person to play with Jimi Hendrix on the night of his death and remembers spending time with both Hendrix and Bob Marley.

Jordan also chronicles his time with War, reviving older songs such as “The World is a Ghetto,” “Get Down,” and “Deliver the World.” “The World is a Ghetto” seems to be particularly controversial with War fans, many whom tend to feel nothing can compare with the original release. Although certainly different from the original, Jordan’s latest version still offers a powerful listening experience and his use of acoustic piano lends the song a more wistful and brooding quality.

Overall, JB Eckl and Pancho Tomaselli have produced a fantastic sounding album. Not content with the current trend of digitally recording artists isolated in their separate studio boxes, Eckl and Tomaselli went all out to recreate a vintage production setup. Not only was the album recorded in a historic LA studio, but the tracks were laid down on analog tape. Jordan aptly summarizes the recording process for the album:

It’s all live, no sequencing, no tricks, nothing but real musicians playing real music. I did a few keyboard overdubs, but that was done live to tape too; they turned on the machine and let me play, just like the olden days. (http://www.myspace.com/lonniejordan)

What you hear on this CD is the sound of performers actually playing together and putting forth their best work… something that’s becoming increasingly rarer in the age of digital editing.

The producers also placed a number of vintage keyboards at Jordan’s fingertips, including a Rhodes, a Wurlitzer, a Hammond B-3 organ, and a melodica—not to mention a minimoog and mellotron skillfully played by Sebastian Arocha Morton. And the keyboards are just one course of a sonorous feast. Jordan’s cover of the Rolling Stones’ “Paint it Black” resets the piece to a Latin beat, complete with timbales, congas, and Cuban-style piano. The cover of Hendrix’s “Third Stone from the Sun” features the vintage keyboards, minus the melodic and the Wurlitzer, and mixes in the sounds of the berimbau—a single-string percussion instrument from Brazil. “Interlude-San Juanito Dub” overlays a polyrhythmic groove of congas and clapping with a quirky combination of Rhodes, guitar, and bass clarinet. Despite this dramatic and somewhat eclectic range of instrumentation, everything fits well into the overall mix of sound.

In dramatic contrast to the more eccentric timbres of the above tracks, the instrumentation for “Teresa” consists solely of acoustic piano. This closing track exposes the more expressive and tender side of Jordan’s keyboard playing for the listener’s perusal. Most of the pieces on the album, however, stay closer to traditional instrumentation and flavors of funk, jazz, and soul.

Although the album cover credits Jordan as the primary artist, the whole band is comprised of stellar artists, not the least of which are Eckl (Santana) and Tomaselli themselves on electric and bass guitar. Just a few of the other featured musicians are Mitch Kashmar on harmonica, Pablo Calogero on winds, and Oliver Charles (Ben Harper) and Pete McNeal (Cake, Panderer) on percussion.

The only downside of War Stories is that it leaves the listener wondering how long he or she might have to wait for Jordan to release his next creative endeavor. Albums that bring together this level of talent, craftsmanship, and creativity are few and far between and it would be a shame to have to wait another decade for the encore.

Video clip of Jordan playing a live and solo version of “Don’t Let No One Get You Down,” one of the songs featured on War Stories, compliments of Jordan and the WARtet: 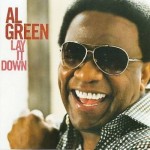 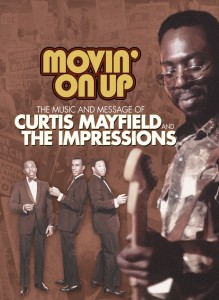