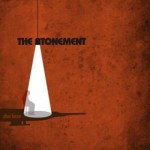 Born and raised in Philadelphia, shai linne has a background in theater and the arts. Influenced by Run-DMC and Grand Master Flash, he was fully immersed in hip-hop culture from a young age. The Atonement is shai linne’s first solo album release and is produced by Lamp Mode Recordings, a small, independent Philadelphia record label which represents HHH artists linne, timothy brindle, Stephen the Levite, Evangel, deejay essence, and Hazakim.

The production of shai linne’s album is not as varied or “clean” as the other Holy Hip Hop albums reviewed in this issue. The Atonement is based more on the use of samples and incorporates the noise from record grooves. These facts, in combination with shai linne’s poetic (almost spoken word) rapping style, suggests an aesthetic choice to create more of an “underground” and less of a “pop” or “dance” vibe to the CD. Therefore, this does not appear to signal any regional differences since Cross Movement Records (CMR) is also based in Philadelphia, yet its releases are similar in style to those of Dallas based Reach Records (RR). Rather, these traits-the use of cleaner production, varied musical styles between tracks, and a general mirroring of mainstream hip-hop albums-suggest that the CMR and RR are well-established and financially sound record labels that are reaching large audiences.

In terms of musical style, shai linne’s vocals are more understated, laid back, and consistent when compared to FLAME and Sho Baraka, whose voices are more chameleon-like, varying from track to track and moving in and out of various styles. Each of these artists is deeply personal in his lyrical observations and reflections on personal stories, struggles, and identities while critiquing the problems of the world, non-Christian behaviors, and the church, itself. shai linne boasts about Christianity while simultaneously suggesting the meaninglessness of secular rap lyrics. In “Jesus is Alive” he raps, “Looking for the body of Jesus you won’t find it / we never lack spirit / letting you cats hear it / ‘cause his tomb is empty like most secular rap lyrics.” As with FLAME, shai linne’s perspective is similarly inspired by Calvinist theology as he references the concepts of total depravity (from “In Adam All Die”) and election (from “Jesus is Alive”).

Finally, it is worth noting the common practice of collaboration on tracks from the four Holy Hip Hop albums reviewed in this issue. In fact, shai linne appears as a guest artist on FLAME’s album while the popular Christian rap artists Trip Lee and Lecrae, among others, both appear on FLAME and Sho Baraka’s albums. Similarly, each album includes audio samples of male preachers delivering sermons. This integration further showcases each artist’s personal relationship to the ecclesial world.