Title: I Got You

The unbelievable vocal ability of Ruth La‘Ontra will leave you in awe. As the daughter of Bishop Arvetra Jones, Jr. (president of the North Carolina Gospel Announcers Guild of the Gospel Music Workshop of America.), La’Ontra has been singing gospel music all her life. She embarked on her professional career shortly after graduating from high school, releasing her first album, So Good, on the Tyscot label in 2013. That same year, her spiritual love song “In Love With a Man” was featured in the movie Iniquity. The following year she received a Stellar Gospel Music Award nomination with a song from the album, “Count It All Joy.”

Now La‘Ontra is hitting the gospel world hard with her sophomore project, I Got You. With help from a top notch production and song writing duo, Anthony Brown (of Anthony Brown & group therAPy) and Justin Savage, the album has been rapidly climbing the Billboard gospel charts. When describing this project and La’Ontra’s marvelous talent, Justin Savage stated: “Her vocal ability is so versatile and vast. This project will take listeners on an exciting journey of great music, her voice leading the way; destination, God’s presence.”

The album is anchored by La’Ontra’s uplifting hit song “Kingdom,” grounded by the chorus: “We are Kingdom, we are Kingdom and we have the authority / God has given us the power and we can change anything.” Here La’Ontra offers a powerful message to guide us through the New Year. 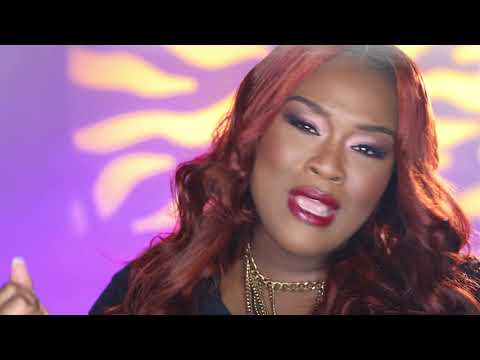 I Got You was recorded live to maintain a true feeling of worship. The album features arrangements of both new and old songs, like the organ accompanied hymn “Tis So Sweet” and the powerful worship song “Reign.”  Between the lush harmonies of the accompanying choir and Ruth La’Ontra’s astonishing voice, I Got You has the makings of a true gospel classic.