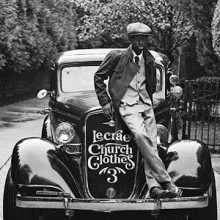 Lecrae has never been one to shy away from controversy, from criticizing rappers who glorify violence on his Grammy-winning Gravity to his personal story about abortion on his last album Anomaly. His latest project, Church Clothes 3 (often abbreviated CC3) is no different. He dropped the ten-track album without warning on January 15, and it fully embraces racial politics in a new way for Lecrae while retaining his characteristic Christian messages.

The first two Church Clothes mixtapes were produced by Don Cannon (50 Cent, Ludacris), and CC3 was produced by S1 (Kanye West, Jay-Z). All three have excellent production with beats that sound typical of what one hears from mainstream hip hop. CC3 reached the number one slot on Billboard’s Rap/Hip-Hop Album charts within a week of being released, showcasing Lecrae’s tendency to cross genre boundaries despite being known as a gospel rapper.

Central to the album and its political messages is the short film that was released simultaneously, featuring the songs “It Is What It Is,” “Gangland,” “Déjà Vu,” and “Misconceptions 3.” The video follows a young gang member who gets shot:

The opening track, “Freedom,” frames the concept through two lenses: freedom as spiritual salvation and freedom from racial injustice. The hook, sung by Dallas vocalist N’dambi, is smooth soul and claims freedom as a mindset. The song samples a gospel chorus in the background, which is chopped up in the verses, creating holy syncopation. There are clear influences of Kendrick Lamar’s acclaimed To Pimp A Butterfly throughout the entitle album and video, but this song includes a direct reference to the Lamar’s “King Kunta.”

“Gangland,” featuring Propaganda, is the most overtly political song on CC3. Referencing the New Jim Crow and the government’s role in allowing drugs to permeate African American communities, the track includes spoken narration in between verses that criticize the criminal justice system and explain the origins of gangs in the United States. Maybe most controversial to Lecrae’s white, Christian fan base may be the lyrics in Propaganda’s verse: “When American churches scuff they Toms on our brother’s dead bodies / As they march to stop gay marriage / We had issues with Planned Parenthood too / We just cared about black lives outside the womb just as much as in.”

The song “Can’t Do You,” featuring the rapper E-40, brushes off haters, encouraging the listener to “do you.” It’s backed by a standard hand-clapping beat and a R&B chorus sung by Drew Allen. Another standout track is “Misconceptions 3,” featuring John Givez, JGivens & Jackie Hill Perry. As the title indicates, it is the third in a series of tracks about misconceptions that appear on the first two Church Clothes albums. The beat is fast and hard, and indiscriminate chanting in the background helps moves the song forward. Lecrae lets these rappers shine on the track, with fast flows and witty lyrics such as “They shocked to see us like Donald Trump up in a taqueria.”

Lecrae, who marched with #BlackLivesMatter protestors in Atlanta last year, recently said on CNN that he wants to “educate and help” people who don’t see the reality of racism in the United States. Church Clothes 3 certainly makes a bold step in that direction, as Lecrae explains the complexities of racism, unashamedly continuing to change the way people view the world. 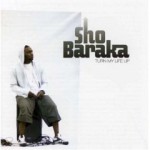