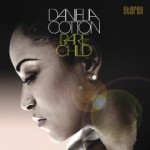 Danielia Cotton came onto the rock scene in 2005 with her debut album Small White Town. Her recent sophomore effort, Rare Child, continues her signature blues rock sound, deepened by a more experienced voice. Cotton has often discussed her childhood growing up black and fatherless in a predominantly white New Jersey town. While she sang gospel at her family’s church as a child and teenager, the music she most commonly heard, and ultimately identified with, was rock. These experiences formed the core expression of Small White Town, and continue to inform Rare Child. In the opening cut, “Make U Move,” Cotton sings “I’m a little black girl who’ll rock your world,” and much of the album lives up to that promise.

Cotton’s musical style combines her soul-and blues-inflected vocals with classic rock instrumentation and harmonies, for a sound that suggests Janis Joplin fronting the Black Crowes. A touch of country twang in the guitar parts adds a southern rock element, particularly in the slower songs “Didn’t U,” “Running,” and “Let It Ride.” While several of the faster tracks (“Make U Move,” “Testify,” “Rare Child”) convey a sense of rock and roll bravado, “Didn’t U” and “Running” address heartbreak and different stages of post-breakup grief with confessional honesty. “Let It Ride” reflects the viewpoint of a more experienced musician, wearily describing life on the road and the desire to end the journey and return home. Following is a clip from a live performance of “Testify- Devil in Disguise”:

Danielia Cotton’s music revives the black roots of rock by playing up its blues and soul origins while also turning to some of its predominantly white styles, a combination that stays true to her own upbringing. Her style sounds like rock music from the 1970s, while also sounding distinctly modern. Cotton’s bluesy wail is never quite as raw or powerful as Joplin’s, but it nevertheless gives voice to her own experiences in a fresh and authentic way.

Editor’s note: In keeping with the political theme of the November ’08 issue, here is a link to Cotton’s official Obama campaign add for MoveOn.org: