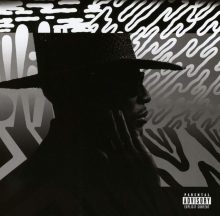 Raphael Saadiq, the extraordinarily talented singer-songwriter, instrumentalist and producer, is known for his genre-spanning solo albums as well as his collaborations with the likes of Solange, Mick Jagger, D’Angelo and the band Lucy Pearl. Before becoming a solo artist, Saadiq was a member of Sheila E.’s band, playing the bass at the age of 18 on Prince’s Parade Tour. He would later join the dynamic R&B band Tony! Toni! Toné! as the primary lead singer, bassist and producer. On Jimmy Lee, Saadiq’s fifth studio album, he has created a deeply personal and passionate project. Named after his oldest brother who died from a drug overdose, Jimmy Lee is also dedicated to Saadiq’s three other siblings who tragically passed away due to murder, drug addiction and suicide. While the album may be full of lament, it is also full of life, love and celebration. END_OF_DOCUMENT_TOKEN_TO_BE_REPLACED