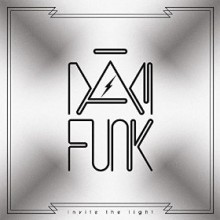 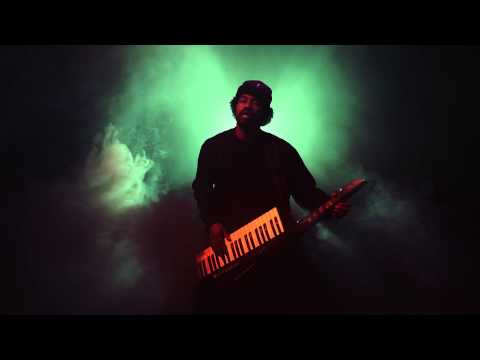 On March 3rd 2009, Joseph Saddler (a.k.a. Grandmaster Flash) excited scholars, students, and lovers of hip-hop across the globe by coming out of hibernation with his first studio album in 20 years. Entitled The Bridge: Concept of a Culture, the CD is an interesting, yet predictable, album featuring the likes of Busta Rhymes, Snoop Dogg, KRS-One, Big Daddy Kane, Q-Tip, Princess Superstar and DJ Kool.  It also features a few rappers from across the ponds, giving it an international feel and melding together worldwide appreciation of a good beat. One of the most important pioneers of hip-hop, Grandmaster Flash & the Furious Five were the first rap/hip-hop group to be inducted into the Rock and Roll Hall of Fame in 2007, and Flash had a biography written for him by David Ritz in 2008 entitled The Adventures of Grandmaster Flash: My Life, My Beats

Born January 1, 1958 in Bridgetown, Barbados, Flash was the first person to mix two records without losing the beat, introduce the infamous record scratch, and create an album consisting entirely of samples. With a musical family, including a father who owned countless records to peruse, Flash’s skills began culminating at an early age and his later contributions to the genre have earned him an exquisite reputation.

Though his last album, On the Strength

(1988), was commercially unsuccessful, he remains renowned and respected for his well-known track, “The Message” (from his debut album) and other work with the Furious Five. It’s not surprising then that rappers of super-star status were pleased to bestow their talent on the new record. But despite the names, the old-school-esque beats, and the countless props to the world of hip-hop, this album was a bit of a disappointment. The Bridge attempts to fuse old-school with the past 10 years of digitalism and the emergence of electronic sounding rap, but oftentimes comes off predictable and shallow. He keeps it clean (even Snoop stays away from mentioning the ganj), but it gets tiresome to hear about the surface-level pursuit of women track after track. In fact, with the exception of the international tribute, ‘We Speak Hip-Hop’, the album is politically irrelevant and makes almost no social statements. Furthermore, despite being a symbol of sample profundity, Flash’s new album contains not a single one.

Yes, the album is somewhat generic, but it is full of head bopping and catchy tunes like the opening song “Shine All Day,” which features the cool and relaxed raps of Q-Tip, as well as lesser known Jumz and Kel Spencer. The recurring trill of an electronic flute provides a hook while an auto-tuned voice supplies chorus response.

The next track on the album proved to be the best one. Featuring Sweden’s Afasi, Spain’s Kase-O, Japan’s Macchio, Senegal’s Abass, and our own KRS-One, “We Speak Hip-Hop” reminds us that the genre Flash helped to create is now a worldwide phenomenon. “Stand by my culture proud, singing the praises loud-we speak hip-hop.” Sadly, the CD doesn’t come with a translation of the lyrics (a mix between their native tongues, slang, and even a few detectable English words), but the point comes through clearly. Horns introduce the song, and when the beat comes in, it speaks a language everyone can understand.

The rest of the songs on The Bridge are weaker, filled with annoyingly persistent electronic blips (“Bounce Back” especially). When the beat comes in on “Swagger,” it shows promise, but Lynn Carter’s chorus is just plain boring and awkward, not to mention that ‘swagger’ has been over-done thanks to M.I.A. and Jay-Z, T.I., Lil Wayne, and Kanye. The tracks move quickly nonetheless, and “Tribute to the Breakdancer” feels a bit more real as Flash “name-drops” some crews and brings in a jumpy nostalgia for a time in which he was definitely the main man. “Grown and Sexy” and “When I Get There” both follow with the same chorus and subject structure, dropping such pure lyrical genius as Hedonis da Amazon’s verse “When good girls love a guy, good girls sin.” And apparently drop the towel off their naked body. Twice.

Yet, despite my negative opinion of some of the songs, Grandmaster Flash’s indelible status as a musical icon precedes me and I want to give him the respect he deserves.  Though Flash has now transitioned to the digital domain, he is still responsible for the natural beats of old school hip-hop and is one of the primary reasons the genre is taken seriously as an art form today.

Following is a promotional video courtesy of Strut Records: