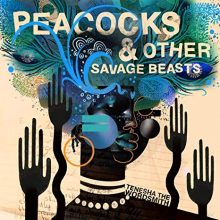 First coming on to the scene as a guest on the title track of DJ Khalad’s 2018 On The Corner release, Black Noise 2084, Tenesha The Wordsmith has delivered a timely yet timeless solo album with Peacocks & Other Savage Beasts. Blending and bending genres, Tenesha holds true to her name, wordsmithing to weave narratives together, painting a new reality in the process. This album withholds nothing, deftly balancing social commentary, and critiques, with narrative. There is also a clear through-line of hope. Though many of the narratives included within this album are considered personal, they are framed such that they transcend the individual to become the collective, as exemplified in the track, ‘The Collection.” The pieces that bookend the album, “Dangerous Women” and “I Dream So Loud,” are poetry as prayer; they are invocation, they are inspiration, they are aspiration.  END_OF_DOCUMENT_TOKEN_TO_BE_REPLACED 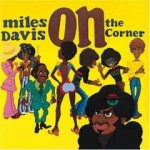 Even after his death, critics and musicians alike are still debating the merits of On the Corner, Miles Davis’s recorded declaration of a complete sonic makeover. After In a Silent Way (1969) and Bitches Brew (1970), two albums that clearly showed a new direction, the questions raised over On the Corner seem like a delayed reaction to the already apparent electricity and rock elements that prevail in even the late recordings of the second great quintet (Davis, Wayne Shorter, Herbie Hancock, Ron Carter, and Tony Williams). Perhaps it actually took the critics a few years to come up with a response to the stylistic change of Davis, or perhaps On the Corner was just released at the wrong time. Either way, the immense amounts of press–positive and negative alike–secured a famed position in history for On the Corner.

The general consensus on these recordings was that Davis was trying to emulate the sounds played by Jimi Hendrix and Sly & the Family Stone. By including the electric guitar as a prominent instrument and relying on vamps set by bassist Michael Henderson, he may well have justified this comparison. However, this is only what one hears on the surface of the recordings.

Compositionally, Miles Davis was miles away from Hendrix. As Paul Buckmaster clarifies in the liner notes, Davis had become interested in the music of Stockhausen-a composer who was continually experimenting with tape splicing and juxtaposing different sounds from varied prerecorded sources. Before these sessions, Buckmaster (a composer similar to Stockhausen) met with Davis, and the two of them collaborated on general ideas that would be played by the rhythm section and the horns. Buckmaster even contributed an amplified cello part to one cut. After these recordings were made, Davis and producer Teo Macero set out to create On the Corner. They spliced tapes from different sections of compositions, and even different sessions that sometimes had different players. This was the true magic of the original On the Corner album. Jazz was brought into the realm of the classical avant-garde via the use of tape splicing.

The Complete On The Corner Sessions features six discs comprising the complete takes recorded for the album. Tracks range from three minutes to thirty-two minutes. Most of these pieces were never even used for the producing session that spawned the original album. With these recordings it appears that Davis was truly interested in the “Black Rock” sound. Nearly every track is propelled by a half time groove akin to Hendrix’s “If 6 was 9” or a straight ahead four beat that resembles the Sly Stone hit “Dance to the Music.” Little activity comes from the soloists even while they solo. Melodic figures seem to be of little importance while rhythmic motifs and ethereal “noodling” take a prominent role.

The personel for these six discs is immense but the liner notes make the task of finding out who played on which track fairly simple. Davis draws upon former sidemen from Bithces Brew including Herbie Hancock on electric piano, John McLaughlin on guitar, and Jack Dejohnette on drums. There are also many new faces. Among a myriad of guitarists Pete Cosey and Reggie Lucas stand out. Session master Cornell Dupree makes an appearance on one track but this is a tease because his playing is so tasteful that he may have been the best man for the entire album. Some tracks feature Badal Roy on tabla and Kalhil Balikrishna on electric sitar. Another exotic instrument is the conga. This african element is supplied by Mtume or Don Alias and is heard on almost every cut. Al Foster drums for the majority of the session and provides solid, funky grooves while maintaining the jazz tradition of interacting with other members of the band. The organ chair is quite interesting. Cedric Lawson plays on many cuts but the more memorable keyboard playing is from Davis himself. The one person that is consistent throughout the entire boxed set is Michael Henderson on bass. The notes tell us that his basslines were improvised and that he was one of the few musicians given no direction. However, these basslines appear to be the glue that held these recorded jams together.

Most tracks have a similar vibe, and this is rather dissapointing. When one listens to the original album, the splicing mixes up the grooves and occasionally even the time signatures. There are little to no surprises here. The “Black Rock” elements are prevasive and never let the listener down but the tosses and turns created in the editing may leave anyone that knows the original album feeling crestfallen. Perhaps listening to this album is similar to taking the pieces out of a collage, reconstructing them in their original form, and then seeing what the difference is. The answer is that without the compositional element of tape splicing, this album is reduced to a large number of dance grooves. These unedited versions may be easier to listen to because the groove is always apparent but the artisitc concept of the original album is lost. Disc six contains the edited takes that comprised the original On the Corner album and one can listen to the rest of the set to find these splices in their entirity.

While the album is a mostly homogeneous barrage of heterogeneous sounds that explode or erupt from the instruments, each disc has a track that stands out. outstanding From disc one, “Jabali” draws attention simply for being a low key vamp. Rather than frenetic noises and clusters of sound, this composition relies on the groove established by bassist, Henderson. All the other instruments have a somewhat free and highly improvisational character. Even when many instruments are layered on top of one another the piece does not become cluttered because of the simplistic bass groove.

The standout track from disc two is “Rated X.” This piece is the opposite of “Jabali,” with a texture that is almost constantly dense. Davis supplies an ominous organ introduction and keeps the same vibe througouth the piece. Al Foster answers the dominant organ sound with a drum groove that is just as thick. The contrast comes from the stop times. Davis will hold dissonant chords while the entire band stops and restarts precisely in time. This is possibly the most intense part of the entire box set.

“Peace” from disc three is another low key vamp centered around the bass of Michael Henderson. This composition may or may not have chord changes. The guitar work of Reggie Lucas and Pete Cosey mixed with Dave Liebman’s flute playing give the effect of changing harmonies over an otherwise static vamp. This is welcome change from the monotonous one chord vamping throughout the majority of the six discs.

There are only two tracks on disc four; both are over thirty minutes long. However, “He Loved Him Madly” is by far the superior track. This piece starts out with a slow ethereal aura. The instruments are all simultaneously providing many different colors but they never interfere with each other. Nearly halfway through the tune, Al Foster sets up a groove emphasizing the upbeats. The others still play mostly sounds and colors rather than riffs or melodies. The slow evolution that takes place through the course of thirty-two minutes and fourteen seconds is beautiful. On this track Miles Davis employs many of his older era sound effects and tone colors that made his trumpet playing originally stand out.

“Minnie” from disc five is the possibly the most different track from the sessions. This song features actual chord changes and a guitar riff, as well as a shout chorus and an ending vamp. The rhythm section, however, could just as easily be playing Earth, Wind & Fire as a Miles Davis composition.

“Red China Blues,” a previously unissued single on disc six, reigns supreme over the other tracks. This composition features arrangements from Billy Jackson (rhythm) and Wade Marcus (brass) which, in combination with drummers Bernard Purtie and Al Foster, help make the band extremely tight. There are two definite heroes on this track. Session guitarist Cornell Dupree is masterful in his playing as he lays down a firm R&B groove that fits amazingly with the double drums and Henderson’s bass line. The other hero is Wally Chambers. His harmonica playing truly puts the blues elements in this piece. While Davis’s solo is excellent he doesn’t evoke the same “down home” elements that saturate the playing of Wally Chambers.

While The Complete On the Corner Sessions may reveal the secrets to all the magic tricks from the original album, they are certainly not lackluster. The performces are genuine and extremely funky, and the musicians all know their roles and support each other. Anyone interested in the funk genre will find these sessions not just enjoyable but informative. Any Miles Davis fan will appreciate the extensive liner notes that reveal so much about the compositional processes that Davis was using at the time. Perhaps the most interesting part is to be able to listen to the unedited tracks or “loops” to find the source of each splice on the original album. Any time that previously unreleased material is released, the question is asked why it was not put out in the first place. Possibly the artists, producers, or record companies felt that certain elements were not good enough. In this case, though, the unreleased material is more like the table scraps that were not eaten at the meal. People will eat what they want and leave what is undesirable. When making the original album Davis took what he wanted and left the rest. Just over three decades later this box set allows fans and critics to hear the rest.