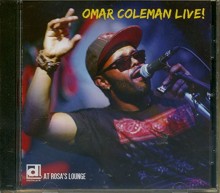 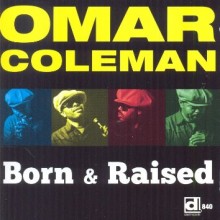 If you have never heard of Omar Coleman before, you are probably not alone. The blueman began playing harmonica at the age of 25 and in a short time was making a name for himself in the blues clubs of Chicago. He officially began his career in the music business in 2010 at the age of 37and has released three albums in that time. However, even before beginning to play his instrument, Coleman had exposure to the best of the blues: he was born and raised in Chicago and grew up listening to the likes of Buddy Guy, Muddy Waters, Junior Wells, and the great Sam Cooke. These influences have had a profound effect on Coleman and he is an excellent harmonica player and singer. In addition to his solo work, Coleman’s chops have allowed him to share the stage with luminaries such as Robert Cray, Buddy Guy, Koko Taylor, Ruth Brown, and Robert Randolph.

This album is an example of why blues is one of the most passionate styles of music being played today. These songs deal with lost love, lost opportunities, and things we wish we could do. Born & Raised highlights universal themes of life, love, and desire and would be an excellent starting point for listeners interested in exploring Chicago blues at its best, with the songs covering a variety of tempos and dynamic ranges as various as the song’s subjects.

From the first song to the last this album will take you on a roller coaster ride that you will not want to end. “Tryin’ To Do Right” is a great example of good old Chicago blues. Coleman’s harmonica playing is the first thing listeners will note, followed by his vocals soaring over the arrangement as the song takes the form of a standard blues shuffle. Guitarist Pete Galanis complements Coleman’s playing and singing effectively, with tasteful licks interspersed in the natural spaces a standard blues tune creates. On “Man Like Me” listeners really get to hear the potential of well-played blues harp, and the song’s energy makes it the perfect soundtrack for cruising with the windows rolled down.

“I Was A Fool” provides contrast from the first three fast-moving tracks, with the song’s slow tempo allowing a moment of reflection before Coleman and company hit the gas pedal again for another six numbers of movin’ and groovin’. The album’s eleventh track, “One Request” is another slow blues jam, with a great feel. Galanis’s guitar playing on this cut is reminiscent of some of the great blues masters’, at times calling Eric Clapton’s style to mind. Throughout this album Coleman plays with some of the best less well-known musicians—Coleman and Galanis are joined by Neal O’Hara on piano and organ, Ari Seder on bass, and Marty Binder on drums and percussion.

The album hints at nostalgia for older styles of Chicago blues, and may convince listeners that Chess Records is still alive and well. Don’t let this album pass you by—it would make for an excellent last blast of the summer.