Title: Gotta Serve Somebody: The Gospel Songs of Bob Dylan

In 2003, an all-star cast of traditional and contemporary gospel singers performed songs written by Bob Dylan on Gotta Serve Somebody: The Gospel Songs of Bob Dylan. The Grammy-nominated compilation album included 11 tracks written by Dylan during his “born again” period from 1979 to 1981, in which he produced Christian music. Three years later, the companion documentary DVD of the same name was released by Burning Rose Video, which is currently out-of-print. Thankfully, MVD has stepped into the void and reissued the video. 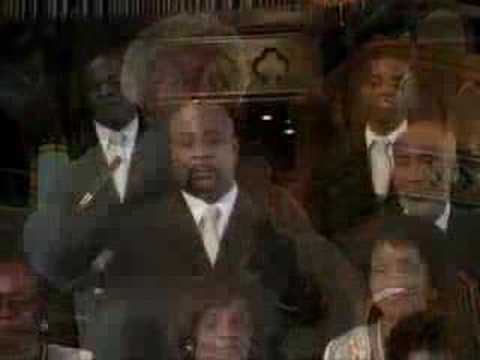 The DVD documents the making of the Gotta Serve Somebody album, including interviews with performers such as Regina McCrary, Terry Young, and Mona Lisa Young. Also featured is performance footage of 9 of the 11 tracks that originally appeared on the CD, such as the namesake “Gotta Serve Somebody” by Shirley Caesar, “I Believe In You” by Dottie Peoples, and “Saved” by the Mighty Clouds of Joy, as well as bonus tracks from Arlethia Lindsay, Great Day Chorale, and Bob Dylan himself. The Gotta Serve Somebody DVD premieres 1980 footage of Dylan performing “When He Returns,” the first documented performance released from his “born again” era. The DVD certainly lives up to the fame of its companion album, winning the Gold Medal for Excellence Audience Choice for Best Music Documentary at Park City Film Music Festival.