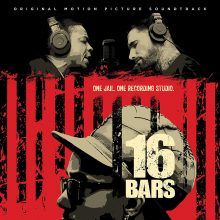 Two time Grammy award winner and hip hop artist Speech Thomas and his band Arrested Development have spent the past few decades touring the world, seeking out opportunities to address social and racial justice issues. Since the release of their triple platinum debut album, 3 Years, 5 Month & 2 Days in the Life of (1993), they have created many different projects and facilitated opportunities for various communities. The documentary 16 Bars, currently screening on the film festival circuit, is the fruition of one of the most ground breaking projects they have released yet. The film follows the journey of Thomas and his band members as they work with inmates at the Richmond City Jail to produce written and recorded narratives about the complex issues of the criminal justice system, including the social and economic effects it has on the families these men were taken away from. In the words of Speech Thomas, “these men are behind bars… but their voices have to be heard.” END_OF_DOCUMENT_TOKEN_TO_BE_REPLACED