Folkways Records, founded by Moses Asch in 1948, emerged on the heels of the social protests of the 1930s and 1940s.  In fact, Asch created something of a haven for left-leaning musicians, both black and white, such as Pete Seeger, Woody Guthrie, and Josh White, who became staples of the famous folk music label.  For this compilation, Jeff Place and Mark Gustafson (Smithsonian Folkways’ staff) selected 22 tracks from the Folkways’ vault, as well as from other labels more recently acquired by Smithsonian Folkways, including Monitor and Paragon (the latter was founded in 1970 to document the music of political movements worldwide).  An effort was made to represent a broad spectrum of the struggles for economic and social justice, from anti-war protests to civil rights anthems to songs used by union organizers and the labor movement. Place and Gustafson also sought to demonstrate that protest songs did not originate with the folk music revival, thus a number of pre-1950 tracks were included.

African American artists are well represented on this compilation.  The disc opens with the “Freedom Now Chant,” sung by participants during a Civil Rights era mass-meeting in Hattiesburg, Mississippi, and collected by noted scholar Bernice Johnson Reagon. One of the most famous African American folk singers, Huddie Ledbetter, a.k.a. Lead Belly, is represented by a 1930 recording of “Bourgeois Blues,” inspired by the time (presumably one of many) that he was denied a room in a Washington, D.C. hotel.

Big Bill Broonzy, perhaps equally famous as one of the seminal pre-WWII blues artists, contributes “Black, Brown, and White,” a song so controversial in the U.S. that he ended up recording it in Europe.  For those who aren’t familiar with the song, the refrain is “If you was white, you’re alright / if you’re brown, stick around / but if you’re black, oh brother, get back, get back, get back.”

An even more controversial song, “Strange Fruit,” is provided by Brother John Sellers, a blues and gospel singer who moved to Chicago during the Great Migration. His 1961 arrangement with flute, guitar, and drum accompaniment offers an interesting contrast to the classic Billie Holiday version, though I find that the flute distracts from the haunting lyrics.

One of the gems on the set is a previously unreleased 1946 recording by Champion Jack Dupree, “I’m Going To Write the Governor of Georgia,” referencing the racism he continued to confront upon his return to the U.S. after WWII, and implying that he was treated little better than he had been during his two years as a Japanese P.O.W.  Obviously the song made little difference, for Dupree fled to Europe in the 1950s and didn’t return until shortly before his death in the early ‘90s.

Classic Protest Songs comes with a well-illustrated, well-annotated 29 p. booklet which includes a bibliography and discography of suggested reading/listening.  If you don’t have the original Folkways/Paredon/Monitor recordings, this compilation will make a fine addition to your collection. 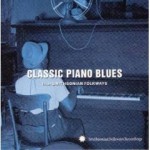