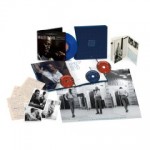 One of the seminal albums in jazz,  newly repackaged with a hard cover book, DVD, LP, and two CDs featuring previously unreleased tracks. If you don’t already own previous releases, the 50th anniversary edition is worth the splurge. 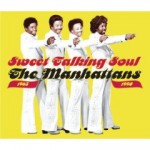 This newly released 3 CD set is a fitting tribute to the Manhattans, tracing their early career as a doo-wop influenced vocal quartet through their soul ballads of the 1970s-80s, when the group was led by Gerald Alston. Included are 45 of their chart-topping hits, including “One Life to Live” (1972), “Kiss and Say Goobye” (1976) and “Shining Star” (1980). 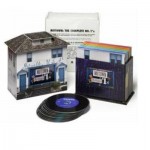 Yet another 50th anniversary compilation, this 10 CD box set surely wins the award for most interesting packaging concept, though shelving it with your current CD collection may proove difficult. Featuring 50 different Motown artists, the 191 tracks should keep you entertained well into the new year. Check out the promotional video below: