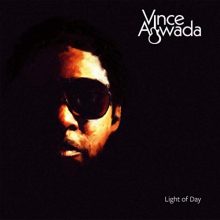 Blues singer/guitarist Vince Agwada got his start in music playing in bars like the historic Checkerboard Lounge on the South Side of Chicago, backing artists such as Buddy Guy, Magic Slim, Otis Rush and John Primer. After spending over two decades on the road, touring with the likes of Buddy Guy, Koko Taylor, and Son Seals, he decided to take some time off for his own projects. Agwada’s self-produced debut album, “Eyes of the City,” was released in 2008, followed by Basic Blue in 2011. Now, after an eight year hiatus, Agwada has returned with a new album, Light of Day, featuring 16 original songs spanning the genres of jazz, rock, funk and blues. END_OF_DOCUMENT_TOKEN_TO_BE_REPLACED