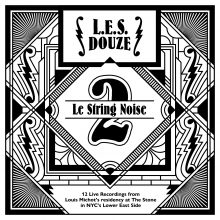 The Stone is a Lower East Side experimental music venue that has no bar and allows no speaking – the music is the sole focus. It was in this environment that artist-in-residence Louis Michot and the three other members of Le String Noise recorded their latest release, L.E.S. Douze Volume 2. The ensemble is a collaboration between fiddler and vocalist Louis Michot of Lost Bayou Ramblers, violinists Pauline Kim and Conrad Harris of String Noise, and cellist and vocalist Leyla McCalla, alumna of the Carolina Chocolate Drops and Our Native Daughters.

END_OF_DOCUMENT_TOKEN_TO_BE_REPLACED 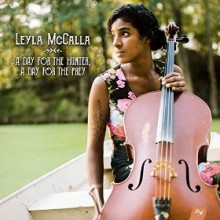 The goal of multi-instrumentalist Leyla McCalla’s project is to link the musical heritages of three areas: Haiti, Southern Louisiana, and the larger United States.  On her second album, A Day for the Hunter, A Day for the Prey, McCalla draws from each of these traditions, as well as her own compositions, for an album that navigates between haunting reflections and carefree charm.

A Day for the Hunter, A Day for the Prey is inspired by a book of the same title, written by ethnomusicologist Gage Averill.  The work explores popular music, power, and politics in Haiti. Keeping with this theme, McCalla’s covers “Manman,” by Haitian singer-songwriter and political activist Manno Charlemagne, in a lilting political statement.  On “Manman,” McCalla is joined by Rhiannon Giddens, her former bandmate from the Carolina Chocolate Drops.  Their experience sharing harmonies translates beautifully to this new context.

McCalla’s focus on folklore and politics moves to a darker place with a cover of “Vietnam”—Abner Jay’s haunting reflection on going to war. “Salangadou”—a creole song about a distraught mother seeking her child—finds McCalla and vocalist Sarah Quintana reflecting the song’s helplessness with a sorrowful interpretation: Their voices weave in and out of key, much like a mother’s emotions at the thought of losing their loved one.  The title track is an ominous performance, exhibiting the beautiful insecurity of McCalla’s voice.  This aesthetic adds an urgency throughout the album.

The entirety of McCalla’s album, however, does not focus on life’s heavy tribulations.  The light-hearted “Bluerunner” shows off a rollicking good time between fiddler Louis Michot, ti fer (triangle) player Daniel Tremblay, and McCalla on cello.  McCalla’s cello is a constant presence throughout the disc, moving between solid accompaniment and a subtle lyricism. 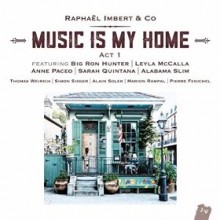 Title: Music is My Home, Act 1

French saxophonist Raphaël Imbert took a musical journey from 2011-2013.  Funded through a grant from his native country, Imbert traveled throughout the Southern United States to study improvisation in popular and traditional music.  Meeting musicians like Leyla McCalla, Big Ron Hunter, Alabama Slim, and Sarah Quintana along the way, Imbert invited these musicians to another South—of France, that is—to record Music is My Home, Act 1 with his bandmates.

For Imbert, the phrase “music is my home” evokes the heart of his cultural exchange project: it is “a state of mind, [a] creative look at heritage, [and] a feeling of welcome, otherness, and innovation.”  Imbert is, ostensibly, working as an ethnomusicologist.  However, the album’s liner notes reflect this lack of training in the discipline: he confuses the “Deep South” with Appalachia, makes fuzzy statements about the nature of zydeco, and does not reveal the questions that guided his musical search.  To be fair, his release is not an academic monograph, but is focused on the music shared by these cross-continental encounters.  And to be clear, his enthusiasm for the project is palpable in the release’s liner notes and recordings. 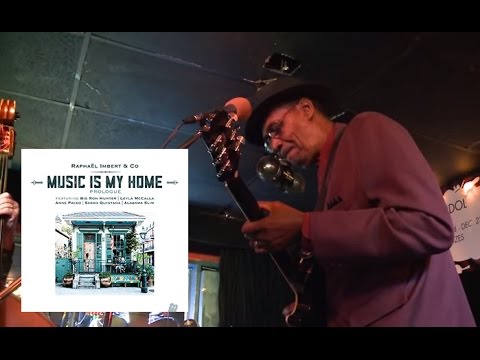 On Music is My Home, Imbert gives ample room for others to share in this enthusiasm.  His band—Thomas Weirich (guitars), Simon Sieger (trombone, keyboards, accordion), Alain Soler (harmonica), Marion Rampal (vocals), and Pierre Fenichel (double bass, bass ukulele), and Anne Paceo (drums)—provides an especially fertile foundation for the album’s invited guests.  On “Going for Myself,” Big Ron Hunter leads the musicians on a R&B voyage, which Imbert and his musicians navigate with ease.  The original compositions by Alabama Slim—“The Mighty Flood” and “Please, Don’t Leave Me”—are cultural exchanges that end with nods of approval.

On Music is My Home, Act 1, Imbert’s own compositions draw from the musical knowledge and socio-cultural history of African Americans and the African Diaspora he learned in his Southern travels.  The album’s first track, “MLK Blues” is a bricolage of zydeco and blues, with jazz-inflected solos by Imbert, demonstrating his eagerness to blend musical styles. Imbert walks the fine line of cultural misappropriation with “Just a Closer Walk With Thee,” but rationalizes the song’s inclusion: when Big Ron Hunter heard Imbert playing the melody, the former began to weep.  Imbert uses this sentimentality as a green light, and even includes Hunter’s statement, “My mother used to sing me that spiritual when I was little,” on the recording.  If Imbert’s metaphorical “home” is out of bounds anywhere on this record, it is at times like these.

As with any project predicated on working outside of one’s musical element, Music is My Home, Act 1 lacks a deep intimacy with the musical traditions from which it borrows.  Imbert is deferential to the African American artists on the recordings, but never hands complete control to them.  While Music is my Home, Act 1 is well-performed and musically-engaging, it is difficult to embrace the album due to its lack of clarity on cultural politics.