Inspired by the historical, cultural, and spiritual connections that tie the people and music of Haiti and New Orleans together, HaitiaNola is the sophomore release from Haitian roots revival collective Lakou Mizik. Founded in 2010 following the devastating Haitian earthquake, Lakou Mizik first came together with the goal of promoting Haitian culture and music when the international media was filled with negative stories and imagery from the country. Their debut album, Wa Di Yo, was released in 2016. The following year, a performance at the New Orleans Jazz & Heritage Festival inspired the group’s recent New Orleans infused collaboration. The band members immediately felt a connection to the city which reminded them of home—no surprise, given the number of Haitians that fled the island during the Haitian Revolution and assimilated into New Orleans’ Creole population. END_OF_DOCUMENT_TOKEN_TO_BE_REPLACED 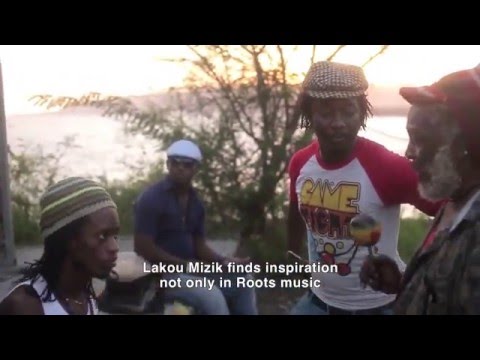