This month Carnegie Hall is presenting Honor! A Celebration of the African American Cultural Legacy, a festival “saluting the enduring vitality, influence, and creativity of African American culture, curated by internationally renowned soprano Jessye Norman.” In particular, the festival draws attention to the many black artists who have performed at Carnegie Hall over the last century. As part of the celebration, two CD compilations have been produced (product descriptions taken from website):

Lift Every Voice! is a two-CD, 21-track musical retrospective featuring historic live performances and studio recordings by an array of great African American artists who have performed at Carnegie Hall and contributed to the rich cultural history of music. This project covers a diverse cross-section of genres from gospel to swing, classical to contemporary, and spiritual to jazz, and serves as an audio companion to the festival. Performers range from Harry Belafonte and Marian Anderson to Luther Vandross and Aretha Franklin.

The second compilation, Honor! A Celebration of the African American Cultural Legacy, is a two-CD, 25-track set created in direct collaboration with Jessye Norman as a companion to the festival. The first CD is devoted entirely to Norman and features a selection of recordings from throughout her career, including arias and art songs as well as spirituals and musical theater songs. The second disc celebrates a wide range of primarily jazz artists, including Louis Armstrong, Dee Dee Bridgewater, Ella Fitzgerald, and Sarah Vaughan.

Of particular interest is the History section of the festival’s website, created by our own Dr. Portia K. Maultsby, Director of the Archives of African American Music and Culture at Indiana University, with assistance from other staff and Black Grooves contributors, including Tyron Cooper and Fredara Mareva Hadley. Visitors to the site can trace the development of African American musical styles and learn about the pioneers who helped define various genres, which are arranged chronologically on a timeline. By clicking on each genre, you can access photos and details of related Carnegie Hall performances, read a brief history that describes musical features and performance styles, and listen to audio clips of definitive songs and performances within each genre.  Also be sure to check out the List of Honor, an overview of African American performances at Carnegie Hall from 1892-present, compiled with the assistance of Tyron Cooper.  In fact, you might wish to print this list as a handy reference tool illustrating some of the most popular African American performers from each decade. 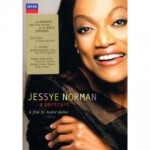 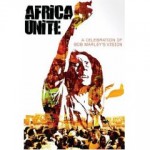 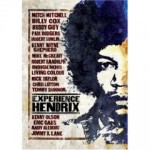