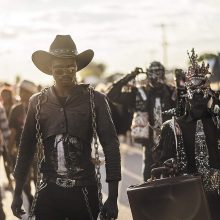 From Finnish label Svart Records comes Brutal Africa: The Heavy Metal Cowboys of Botswana. This compilation of six bands from across Botswana explores the thriving, yet often unrecognized heavy metal scene of the country. The name Brutal Africa is likely inspired by brutal metal, a sub-section of metal music that is played by some of the bands on this recording. END_OF_DOCUMENT_TOKEN_TO_BE_REPLACED 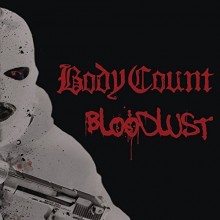 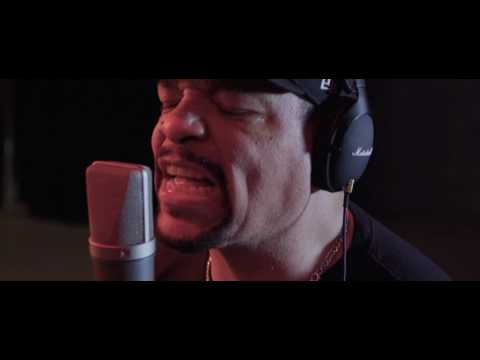 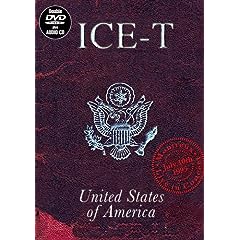 Just when we thought Ice-T was forever relegated to corny and overly ghetto-ized Fin Tutuola on Law and Order: Special Victim’s Unit, Charly Records takes us back to the roots of ‘the original gangster of rap’ with a live concert DVD filmed in Montreux, Switzerland on July 10, 1995.  An added bonus is a second disc featuring almost two hours of additional footage of Ice-T in concert and in the studio with Body Count.

Born February 16, 1958, Tracy Lauren Marrow (Ice-T) was no stranger to worldly woes, even at a young age. His parents both died when he was still a boy, tragedies that brought him from East coast New Jersey to West coast L.A. to live with an aunt. Grief stricken and now living in South Central Los Angeles, Ice found it difficult to cope with the death of his parents and cruel persecution for “yellow skin.” He ultimately affiliated with gang life to escape these tribulations and identify with a family. Though he admits he was never a “hardcore” Crip, he was highly influenced by this brief and powerful association with the gang, explaining in an article from The Source (April 1996) that “I was the one who would go into the party and it’d be a perfectly cool one, and I’d just be wanting to knock over people’s aquariums and be out in front shooting. I just wanted to be known.”

Soon enough, Ice-T’s dream became reality, and at the height of his musical success (after the controversial “Cop Killer” and “OG” singles, and a Grammy Award for a collaborative track with Ray Charles), fate brought him to the ‘95 Montreux Jazz Festival. On stage Ice boasts the rewards of being professional in a rapidly growing musical market, amusedly awakening memories of hip hop glory days complete with Fila jackets and original high-tops. He reminds us that at a time just before the deaths of Biggie and 2Pac, kids from the block still dreamed big and were happily ignorant of the dangerous lifestyle and loss of integrity in marketed street subculture. Much of his message is directed to kids still struggling in impoverished communities, and while his songs are entertainment first, Ice has always been an advocate of human rights, spreading an uplifting message to those in need.

The concert opens with a highly energized crowd, a spewing bottle of champagne, and a free-style from Ice-T that sounds like he may have spit it before. He introduces himself and fellow performers by asserting that the show  “…is different than Onyx and Public Enemy… Ice -T’s show is smooth.” The songs move quickly from one to another, ensuring vitality both on stage and off. In “I’m Your Pusher” (based on and sampling Curtis Mayfield’s hit “Pusherman”), Ice argues against drug/thug life by advocating music as an alternative—”you wanna get high? Let the record play.” By the time Ice, DJ Easy-E, and back-up rappers Shawny Shawn and Shawny Mac get to “I Ain’t New Ta This,” the performers are beginning to vibe really well with the audience; Ice even breaks into a genuine smile when the crowd answers back his rhymes, acknowledging his act and fans. A couple tracks later, he solidifies his bond with the audience even further, requesting fans to join him on stage to try their hand at free-style. Proud of himself for his benevolence to common man, he proclaims “virtual reality-one minute you’re watching the show, the next minute you’re in the show!” Surprisingly, there is some real talent on stage and as the foreign kids rap with heavy accents and in different languages, Ice-T nods his head in approval. He then invites ladies onto the stage for a dance-off  to the 69 Boyz “Tootsie Roll” track. Very classy.  Here’s a brief promotional clip:

The bonus DVD is a bit more sporadic, beginning with an entirely separate Body Count concert at the 2005 Smoke Out Festival in San Bernardino, California during the band’s revival tour, with a line-up that includes Ice T, Ernie-C (Lead Guitar), D-Roc (Rhythm Guitar), Vincent Price (Bass) and O T (Drums).  Filmed in hi-def with stereo and 5.1 surround sound that places you in the midst of the 60,000 screaming fans, the DVD captures a blazing performance of the band’s greatest hits, including “There Goes the Neighborhood,” “Cop Killer” and “KKK B***h” (this concert was previously released by Eaglevision as The Smoke Out Festival Presents Body Count) . Other bonus materials include an Ice-T and Body Count studio video shoot (date unknown), and the making of the “Relationships” video featuring Ice’s wife, Coco (Nicole Austin). Though this part of the DVD was less coherent and less entertaining, the fusion of hip hop and metal elements is quite a feat to behold as black musicians assault the eardrums of an almost all white audience while Ice-T raps, though barely audibly, above the noise.

Formed in L.A. in 1990, Body Count was Ice-T’s side project—a band combining elements of hip-hop and heavy metal, with hard raps from Ice-T mixed over hard riffs reminiscent of Slayer. Body Count melds dichotomies of black and white music, paralleling Ice’s personality perfectly. Everything about him is in contrasting balance—”a collage of paradoxes: the booty-crazed pimp-daddy who’s stood by the same woman for 10 years, the high-rollin’ hustla who spins moralistic tales of the ‘hood, the gangbanger who tries to increase the peace, the Black militant who comes off color blind, the gangsta rapper who plays to white kids in a heavy metal band…” (The Source, April 1996). With the addition of the Body Count bonus disc, viewers are able to gain an appreciation for the many sides of Ice-T.

Overall, Live in Concert, Montreux 1995 hits all the right bases, combining hip hop’s triumph in popular culture with Ice’s personal victory as a rapper and performer. The contagious energy on and off stage draws viewers out of their living rooms and into the alternate dimensions of 1995, where in the words of Ice himself, we sit back thinking, “yea, that’s some fly sh** right there.”

Editor’s Note: This review is part of our ongoing examination of black rock in preparation for “Reclaiming the Right to Rock: Black Experiences in Rock Music,” a two-day conference organized by the Archives of African American Music and Culture to be held on November 13-14, 2009, on the Indiana University-Bloomington campus.