In August of 2007, Philadelphia International Records licensed its entire catalog to SONY BMG, and reissues have been gradually appearing on the Legacy label.  The most recent collaboration is the Total Soul classics series, which so far has resulted in newly remastered reissues of six classic Gamble & Huff albums that include new (albeit brief) liner notes and an occasional bonus track. The three reissues covered in this review focus on the contributions of Teddy Pendergrass, who captured the essence of Philly soul (other reissues in the series include 360 Degrees of Billy Paul, the O’Jays’ Back Stabbers, and Leon Huff’s Here To Create Music).

The Philadelphia sound, also known as the “Philly sound,” is a style of soul music featuring the elements of funk, strings, horns and lush orchestral arrangements. Pop vocals and R&B rhythm sections fused to create this new sound/genre, and laid the background for disco and the format known on smooth jazz radio stations as the “Quiet Storm.”  The Philly Sound, or Philly Soul, was pioneered by the producing and songwriting duo of Leon Huff and Kenneth Gamble. They formed Philadelphia International Records (PIR) in 1971 and worked with many artists including Patti Labelle, Archie Bell and the Drells, the O’Jays, the Jacksons, Lou Rawls, the Stylistics, Jean Carne, Phyllis Hyman, Billy Paul, Harold Melvin and the Blue Notes and Teddy Pendergrass, amongst many others. Gamble & Huff routinely used the same group of studio musicians, known as MFSB (Mothers, Fathers, Sisters, and Brothers), which produced a consistent hit-making sound. Since 1963, Gamble & Huff have earned 175 gold and platinum records, dominating the pop and R&B charts for over twenty years. They’ve written over 3000 songs that were nurtured from the church pulpits and streets, tackling topics like family, poverty, politics and relationships. 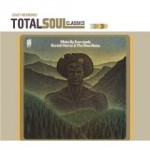 One of the most recognizable male vocalists to come out of PIR was Teddy Pendergrass. Like high premium chocolate, Teddy Pendergrass has a voice that is smooth, rich and velvety. Pendergrass’s vocals promote sexiness, sultriness and sensuality, and he convincingly belts out with the prowess necessary to render social change, equality and global consciousness. Affectionately known as the “Teddy Bear,” Pendergrass has been famously known to cater to women by holding “women only” concerts and handing out roses, teddy bears and hugs and kisses.

Originally hired as the Cadillac’s drummer, Pendergrass began singing with Harold Melvin and the Blue Notes when the two groups merged. Many hits were made through this collaboration, yet it is the title track from the album Wake Up Everybody that arguably stands out as one of the best soul/R&B songs of the seventies. What makes this song so vital and beautiful is the lush orchestration, well-executed production, and perfect harmonies. The lyrics offer a cry to the world to literally wake up and see what is going on (similar to Marvin Gaye’s plea) and take accountability. There is no excuse or reason for society to allow poverty, crime, illness and the many plagues that affect us all if we choose to stay in a dormant state. According to his biography, Pendergrass is an ordained minister. His vocal approach is very similar to the calls and wails of black preaching- commanding yet convincing. With a wonderful balance of gruff pleas and smooth vocals, Pendergrass demonstrates his gift to blend both styles effortlessly. The ability to show vulnerability with a masculine commanding voice is not easy to achieve and Pendergrass is one of the masters. 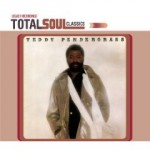 Pendergrass’s first solo album, self-titled Teddy Pendergrass, was originally released in 1977 and was also produced by the dynamic team of Gamble & Huff. Two singles charted from this album, “I Don’t Love You Anymore” and “The Whole Town’s Laughing At Me.” The track “Somebody Told Me” recalls the vocal styles of gospel, while “If I Had” evokes the best of the blues. These songs in particular showcase Pendergrass’s ability to pull from both the secular and the sacred to create emotive soul-stirring music whose appeal is most obvious to women, yet also addresses feelings that both men and women have experienced. A very consistent album with no dull tracks, Gamble & Huff concentrated on Pendergrass’s vocals, using female backing vocals or Pendergrass’s own voice to truly showcase his lead vocals. “I Don’t Love You Anymore” and “The More I Get, The More I Want” offer soulful disco tracks ideal for dancing, while also incorporating a great rhythm section, pounding percussion, and beautiful orchestrations. 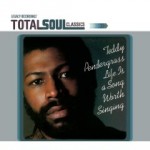 Life is a Song Worth Singing was Pendergrass’s second solo album, again produced by Gamble & Huff.  Pendergrass sings with raw conviction, yet offers tenderness in tracks such as “When Somebody Loves You Back.” The title track is a well-arranged mix of horns and strings that could provide any action movie from 1978 with a formidable soundtrack. The fervor of this CD is more intense than Pendergrass’s first album. He confidently makes it clear what he wants and what he likes as in the track “Only You,” while songs like the top charting “Close the Door” build from slow seduction to intense passion, displaying his vulnerability. This album solidified Pendergrass’s position as one of the sexiest, most sensual balladeers in R&B music.  The two bonus tracks include the single version of “Only You” and an extended disco version (7:09) of “Get Down, Get Funky.”

Though primarily known for his love songs, Pendergrass is much more than a balladeer. His body of work crosses many genres, such as disco, funk, soul and R&B. He sings from a spiritual fervor, bringing soul to every song. Whether Pendergrass is lamenting his woes of love gone wrong, the joys of loving someone when someone loves you back, or calling out to the world to show compassion towards our fellow brothers and sisters, it is very clear he has made an indelible mark on music that will never be duplicated.