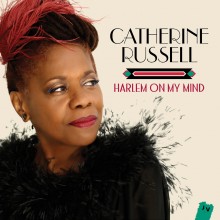 Title: Harlem On My Mind

Jazz chanteuse Catherine Russell offers a special treat with the release of her sixth album, Harlem On My Mind, a tribute to her mother’s birthplace and the performers who made the Apollo Theater the mecca of Black entertainment. Encompassing a dozen selections from the Great American Songbook, the album brings new life to gems of the Harlem jazz scene of the 1920s-1940s.

Opening with the title track, Russell gives a sophisticated, subtle yet swinging interpretation of this Irving Berlin chestnut. First performed by Ethel Waters in 1933, the song speaks to an expat in Paris longing to get back to the Cotton Club and the “Hi-de-ho” (a reference to bandleader Cab Calloway). Following are three songs made famous by Billie Holliday in the 1930s. “I Can’t Believe That You’re in Love With Me” (1926) highlights the terrific backing band in an arrangement by Andy Farber. “Swing! Brother, Swing!” by the great Clarence Williams is a wonderful uptempo romp, with Russell and the band perfectly articulating the style and mood of the period. On the ballad “The Very Thought of You,” Russell’s smooth as butter interpretation digs into the groove on this slower, more atmospheric version of the Lady Day classic. 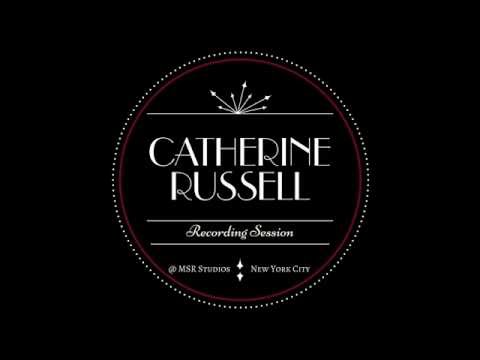 Returning to the 1920s, Russell interprets another Clarence Williams song, “You’ve Got the Right Key, but the Wrong Keyhole,” originally performed by vaudeville singer Virginia Liston with Williams in the 1920s. This bluesy arrangement features animated solos by Matt Munisteri on banjo and Mark Lopeman on clarinet.

Russell’s father, the legendary pianist/composer/bandleader Luis Russell, recorded the popular Henry Nemo song, “Don’t Take Your Love,” with his last big band in the 1940s so it obviously holds a special place in his daughter’s heart. Once again, Russell stretches the ballad to its limits in a slow and sultry arrangement reminiscent of the Nancy Wilson version.

Returning to songs made famous by Billie Holiday, Russell covers the 1929 Fats Waller jazz standard “Blue Turning Grey Over You” and the pop classic “You’re My Thrill” from 1933. These are followed by another pair of songs with close ties to Harlem: “I Want a Man” popularized by Annisteen Allen and Lucky Millinder (onetime leader of the house band at the Apollo), and “When Lights are Low” by Harlem born Benny Carter and Spencer Williams.

The album closes with a pair of songs from the 1960s: “Talk To Me, Talk To Me” by actor/composer Joe Seneca (popularized by Little Willie John and Aretha Franklin), and Dinah Washington’s “Let Me Be the First to Know“ (from her Back to the Blues album).

With Harlem On My Mind, Catherine Russell provides yet another instant classic, brimming with impeccable style, faithful interpretations, and top notch arrangements.  Few singers today could pull this off with as much aplomb and sophistication as Russell, who was quite literally weaned on this music as the daughter of two notable jazz musicians. Young vocalists take note – this is how you sing in the pocket!

Editor’s note: Russell will be touring throughout the fall in support of the album, and will appear in December as guest vocalist with the Jazz at Lincoln Center Orchestra with Wynton Marsalis.