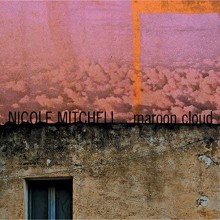 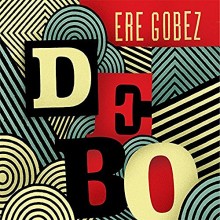 On their second album, entitled Ere Gobez, the Ethiopian-American pop group Debo Band uses politics and musical styles from the 1970s and 1980s to pay tribute to Ethiopia’s history and musical past. Whether it be the East Asian influences that came back with Ethiopians who served in the Korean War or imagining what Duke Ellington played during his famous African tour, Debo Band brings Ethiopian history into the present with gregarious energy and relentless dedication, which can be seen in the album trailer:

Debo Band spent the past ten years studying Ethiopian history and music cultures, but they are still learning about new styles and subcultures every day. Band leader and saxophonist Danny Mekonnen said, “We’re digging much, much deeper. We’re still unearthing new sounds after a decade.”

When they find a new style or musical culture, Debo Band transforms it, rearranging, adding new sections, and putting Amharic lyrics to songs. Their goal is to keep the original spirit of the song while adding innovative twists. For example, “Yalanchi,” which uses a traditional bass riff from a wedding song, is enlivened by a constantly shifting time signature and rowdy rock solos. Similarly, drawing from the Asian influence brought into Ethiopia after the Korean War, “Hiyamickachi Bushi” is an Okinawan song composed in 1948 for which Debo Band singer Bruck Tesfaye penned new lyrics. Their version of the Duke Ellington song “Blue Awaze” also adds new lyrics, and the music is what they imagined Ellington might have played with the Addis Ababa Police Orchestra while on tour.

Ere Gobez also features many originals, crafted by trumpeter Danilo Henriquez and electric violinist Jonah Rapino. These songs have a number of influences, from 1970s dance music to jazz. Original tracks such as “Goraw,” try to “capture the pride and resiliency of the Ethiopian people” said lyricist Tesfaye. In this track, psychedelic electric guitar works with accordion and driving drumset to both celebrate Ethiopia while acknowledging all that its people have overcome.

Mekonnen said Ere Gobez is an attempt to “reconstruct the past, not simply by discovering good songs that have been forgotten, but through the interpretation process, making songs anew.” The word gobez refers to a rallying cry, and as a son of two refugees, Mekonnen hopes the album emphasizes the need for equality and justice as hatred and xenophobia run rampant in politics worldwide. Ere Gobez is a call to be courageous and have a “passionate response” to the world, whether that means uncovering a hidden musical history or making bold new creations of their own.