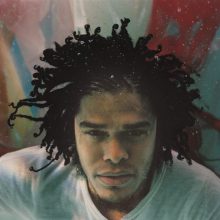 Maxwell’s sophomore album, Embrya, was released in 1988 at the peak of the neo-soul movement and changed the course of the singer’s career. The seductive ballads and slow grooves of tracks such as “Matrimony: Maybe You” resonated with his female fan base, who propelled the album to #2 on Billboard’s Top R&B/Hip-Hop chart and earned Maxwell a Grammy Award nomination for best R&B album. END_OF_DOCUMENT_TOKEN_TO_BE_REPLACED